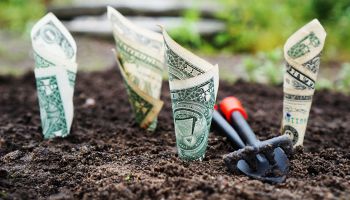 An alternative to starting a new bank is buying a small-town bank and transplanting the headquarters to a metro market.

Attend any banking conference or skim any banking publication, and you will inevitably hear or read about the dramatic decrease in the number of U.S. banks.

It is no mystery what happened: Bank acquisitions and failures far outpaced the number of de novo bank charters granted in the last 50 years. Since 2009, the number of banks has been cut in half and the downward trend shows no signs of slowing. Industry pundits and insiders suggest why there are so few de novo banks: increased capital requirements, compliance burdens, low interest rates, the lengthy application approval process, and inability to generate an adequate rate of return for investors.

One factor often overlooked is the continued use of the charter migration structure as an alternative to the de novo charter.

The charter migration model is not new. However, it grew in significance after the financial crisis, during the moratorium on approving applications for deposit insurance, as investor groups that would have traditionally pursued a de novo charter needed a different path to owning and operating a community bank.

The charter migration structure provides a number of benefits:

• Cost. The structure allows an investor group to acquire a bank platform without having to pay a significant multiple that generally accompanies banks in larger markets.

• Staffing. Rather than starting a new bank, the investor group can utilize the acquired bank’s staff, rather than having to hire all new staff. This can be particularly helpful in the initial phases after consummating the acquisition.

• Technology. The acquired bank will also have third party vendors, data processing, and other tech systems in place. These can be used while getting other aspects of the operations up and running.

In other words, the new owners and operators can hit the ground running and rely on the acquired bank’s structure and staff to help operate the bank in the first few weeks and months after closing the acquisition.

Another key reason: Migration provides an entry into community banking for investor groups that remain skeptical about proceeding through the regulatory de novo application process. Migration is more certain and predictable because investor groups have used this structure over the past decade, while only a handful of de novo applications have been filed or approved since the financial crisis.

Other side of migration

While there are numerous benefits, charter migration is not without issues.

• Cost. The multiples paid on community banks in less populous markets are, generally, smaller than those in large, metropolitan markets; however, the investor group is still utilizing capital to pay for that multiple.

• Structure. Depending on the structure of the acquisition, the investor group will, at the very least, have to file a bank holding company application with the Federal Reserve. Such applications are not immune from getting bogged down in the approval process.

• Capital. In addition, in recent years regulatory agencies are requiring that an investor group relocating a charter to a metropolitan market raise significantly larger amounts of capital than in the past.

• “Inheritance.” Finally, the investor group inherits all of the issues of the acquired bank and, to the extent previous management is not retained in any capacity, must manage the staff and operations from a distant location.

It remains to be seen when, or if, applications for de novo bank charters will make a comeback. In the past year, FDIC has made a concentrated effort to inform the banking industry that it is open for business with respect to de novo bank deposit insurance applications. However, the fact that people continue to use charter migration is evidence that bankers remain wary of the FDIC process.

As bankers remain skeptical and uncertainty looms over the prospects of success for de novo applications, bankers will continue to find and use other avenues in their pursuit to acquire, own, and operate a community bank. The charter migration model will continue to be one of those avenues.

Joshua T. McNulty is an associate in Bracewell LLP's Dallas office, and Jason M. Jean and William S. Anderson are partners in the firm's Houston office.

Jean is experienced in advising public and private financial institutions with respect to mergers and other business combinations, asset and stock purchases and sales, and restructurings. [email protected]