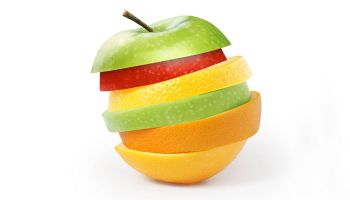 Some of the most active community bank acquirers in 2017 maintain hearty deal-making appetites and say the merger-and-acquisition landscape remains peppered with potential sellers heading into next year.

Buyers say they are eager to pack on revenue-generating assets to offset high compliance and technology costs, and most also want to pick up more low-cost deposits as interest rates climb. They also want to gain share to elevate statures in their markets—or to expand footprints—so they can more aggressively compete with larger banks.

Opportunities abound in swaths of the country, acquirers say. Many small banks have struggled under the weight of heavy regulatory burdens that grew in the years following the 2008 financial crisis. With regulatory demands high, community lenders' resources are spread thin, making it difficult for them to compete and grow. Selling to a larger bank is often an appealing option.

"I do think you will see more consolidation for those reasons," First Foundation Inc. CFO John Michel said in an interview this week after the Irvine, Calif.-based banking company agreed to buy Los Angeles-based PBB Bancorp.

Should that deal close in the first half of next year as planned, it would mark First Foundation's third whole-bank deal since 2015. Michel said the company will continue to assess M&A opportunities.

Wichita, Kan.-based Equity Bancshares Inc., which closed a pair of small bank deals in November and then announced two more acquisitions this month, signaled it could buy even more next year.

"The landscape is not changing; the opportunities are growing for us," Equity Chairman and CEO Brad Elliott said in an interview this week after announcing plans to buy Liberal, Kan.-based Kansas Bank Corp. and Blue Springs, Mo.,-based Adams Dairy Bancshares Inc.

Equity plans to close the latest deals simultaneously in the second quarter of 2018, and after that, Elliot said it could pursue more small-bank acquisitions. "Next fall could be a good window for us," he said.

Elliot said possible sellers are plentiful across Equity's four-state footprint of Kansas, Missouri, Oklahoma, and Arkansas. He estimated that, in or near its existing markets, there are hundreds of banks with between $50 million and $600 million in assets. Many of them have aging owners or top executives, and Elliot said small banks in that situation often view selling to larger players, particularly proven buyers, as viable succession plans.

Possible sellers also are interested now because buyers' stocks have made substantial gains since the presidential election in November 2016. Buyers often use stock to pay for deals, and with their share prices up, they can afford to pay more to acquire attractive sellers.

Dubuque, Iowa-based Heartland Financial USA Inc., an acquisitive banking company whose shares have made strong double-digit gains since the election, has used its stock to help cinch several deals, including two during the fourth quarter.

Heartland, with a footprint that already covers several states across the central and western regions of the country, in December signed its second bank deal in two months, a plan to buy First Bank Lubbock Bancshares Inc. in Texas. That followed an acquisition in Minnesota announced in November.

In an interview this month, Heartland Chairman and CEO Lynn Fuller said he is in contact with between 20 and 25 potential sellers, with talks in various stages.

"I think you can expect additional acquisitions in '18 and '19," Fuller said.

In the East, Florida remains a hot spot for bank M&A. Jack Greeley, a banking attorney at Smith Mackinnon in Orlando, said he expects the state to lose roughly 10% of its community banks annually, at least into 2019, via consolidation.

First-Citizens Bank & Trust Co., which this week said it would buy Tampa, Fla.-based HomeBancorp Inc., is among those open to more deals. Spokeswoman Terry Haggerty told S&P Global Market Intelligence that the company's acquisitiveness is driven by opportunity and is "not particularly" influenced by a pro-business legislative push from Republican lawmakers, including tax cuts. It announced three bank deals this year.

Thomas Rudkin, an investment banker in Florida and a principal at DD&F Consulting Group, said in an interview that "bankers are looking forward to a tax reduction." But their need for more scale or aspirations of getting into new growth markets is likely to continue fueling M&A deep into 2018.

"The trend continues," he said.