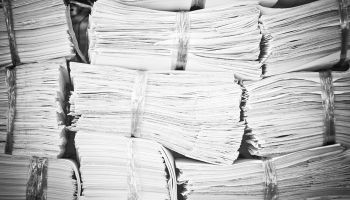 Two banks that conducted their inaugural mortgage-related securitizations during 2017 expressed interest in additional transactions in 2018, and one has already gotten the ball rolling.

A Flagstar Bancorp Inc. subsidiary on Jan. 29 filed an asset-backed securitizer report in connection with the proposed Flagstar Mortgage Trust 2018-1, one week after company officials reiterated during an earnings conference call their intent to maintain a regular presence in the securitization market. Flagstar closed its first two prime jumbo mortgage securitizations during 2017, including the $576.4 million Flagstar Mortgage Trust 2017-2 in the fourth quarter.

Executives at Dime Community Bancshares Inc., just more than one month removed from the completion of its first securitization of multifamily loans as part of a $280 million Freddie Mac-sponsored transaction, discussed the benefits of that deal during an earnings conference call, particularly as it pertains to its ratio of multifamily, nonowner-occupied commercial real estate and construction and development loans to total capital.

Flagstar President and CEO Alessandro DiNello mentioned the bank's securitization program as part of a broader discussion about its momentum in the mortgage origination business.

"Not that long ago, Flagstar was a pretty conventional third-party originator: Not much jumbo business, not much retail business and virtually no business with large [third-party originators]," he said. "Now we are securitizing jumbo mortgages. We've more than tripled the level of retail originations, and we are one of the largest bulk purchasers. We now have several levers we can pull that allow us to respond much more dynamically to market opportunities."

That includes the direct-to-consumer channel, where Flagstar recently hired a team from Capital One Financial Corp. as that company decided to pull out of the mortgage business due to insufficient scale.

Although DiNello said the addition of the team would put Flagstar "on the map" in the direct channel, the company does not expect it to have a meaningful impact in the first quarter.

Flagstar reported a 14% increase in mortgage closings between the third and fourth quarters of 2017, the company said, with fallout-adjusted locks rising 42% year over year despite what DiNello described as a "smaller market." The net gain-on-sale margin in the mortgage origination business of 0.91% marked an increase of 7 basis points from the third quarter of 2017.

"These results are because of the mortgage acquisitions we made in 2017 that proved their value by strengthening our distribution channels and giving us more flexibility to take advantage of market conditions," DiNello said.

For Dime Community, company officials were not yet prepared to explicitly commit to another multifamily securitization. But President and CEO Kenneth Mahon said he had been talking about possibly doing a deal later in 2018 on the heels of a transaction that he described as being "successful for us on many levels." In particular, the transaction helped lower the company's commercial real estate concentration ratio to approximately 778% as of Dec. 31, 2017, from 849% at the end of the third quarter of 2017. Its loan-to-deposit ratio fell to 127% from 137% over the same time frame.

So-called Freddie Mac Q-deals such as the one Dime Community conducted represent structured pass-through securities backed by multifamily mortgages that the government-sponsored enterprise did not underwrite at the time of origination. Freddie Mac purchases and guarantees the senior bonds in the securitization structure and then resecuritizes them through the issuance of structured pass-through certificates. In Dime Community's case, it purchased the certificates as available-for-sale securities to enhance balance sheet liquidity.

"It was obviously a new experience for us, a pretty small community bank, to do a securitization," said Dime Community Senior Vice-President of Corporate Development and Treasurer Avinash Reddy.

On the question of whether the bank would do another such securitization, he said: "We have the relationship with Freddie Mac. We have a good relationship with all the vendors who helped us. So I think if we decide to do it, the process will be a lot quicker and a lot more streamlined than last time around."

But, he added, a future deal would probably need to be of a certain size for it to make sense relative to the fixed costs involved.

"The size that we did last time would probably be the minimum size that would make sense from an economic perspective," he added. "The other option would obviously be selling loans on a one-off basis if we needed to do that to manage the balance sheet."