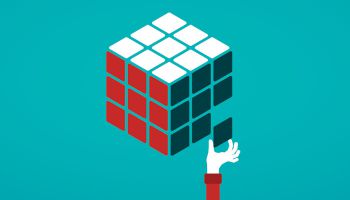 A major monetary and mission slash proposed in the federal budget earlier this week was followed by internal moves by Acting Director Mick Mulvaney.

Feb. 14 Mulvaney issued the fourth in a series of requests for input, concerning views of the financial services industry and other interested parties on how the bureau has handled supervision. This function is separate from its rulemaking duties. The bureau directly supervises banks and credit unions with over $10 billion in assets. It also supervises other financial providers, regardless of size, including mortgage companies, payday lenders, and private education lenders. Per bureau rules, it has also asserted supervisory authority over major credit bureaus, debt collectors, student loan servicers, international money transmitters, and more. (With cause the bureau can examine any bank, no matter what the size.)

Besides requesting general input on what aspects of bureau supervision should and shouldn’t be changed, the request for information also seeks input in 12 specific areas. Among them are the timing, frequency, and scope of supervisory exams; how and how much information the bureau requests in advance of exams; the utility of the CFPB supervision and exam manual; the clarity of matters requiring attention and the reasonability of deadlines for addressing MRAs; the process for appealing supervisory findings; and the way and extent of bureau coordination of supervisory activity with other federal regulators as well as state regulators.

The request for information on supervision is expected to be published in the Federal Register Feb. 20 and will be open for comment for 90 days.

The bureau also announced that additional requests for information will be issued in upcoming weeks in the following areas, among them: complaint reporting; rulemaking processes; inherited rules; guidance and implementation support; and consumer education.

On Feb. 12 the bureau issued its second-ever strategic plan. The cover message from Mulvaney to the fiscal year 2018-2022 strategic plan includes this passage:

“If there is one way to summarize the strategic changes occurring at the Bureau, it is this: we have committed to fulfill the Bureau’s statutory responsibilities, but go no further. Indeed, this should be an ironclad promise for any federal agency; pushing the envelope in pursuit of other objectives ignores the will of the American people, as established in law by their representatives in Congress and the White House. Pushing the envelope also risks trampling upon the liberties of our citizens, or interfering with the sovereignty or autonomy of the states or Indian tribes. I have resolved that this will not happen at the Bureau.”

This continues a theme Mulvaney has set since taking over the bureau—he was a major critic of CFPB when in Congress. He stated in his message that the bureau’s revised mission statement should be taken directly from the language of the Dodd-Frank Act, which created it. Likewise other major elements of the new plan come from the act.

The old mission statement reads as follows: “The CFPB is a 21st century agency that helps consumer finance markets work by making rules more effective, by consistently and fairly enforcing those rules, and by empowering consumers to take more control over their economic lives.”

The new mission statement reads this way: “To regulate the offering and provision of consumer financial products or services under the Federal consumer financial laws and to educate and empower consumers to make better informed financial decisions.”

The new mission statement is footnoted to the Dodd-Frank Act, and multiple references to the act appear in the new plan.

“By hewing to the statute, this Strategic Plan provides the Bureau a ready roadmap,” wrote Mulvaney, “a touchstone with a fixed meaning that should serve as a bulwark against the misuse of our unparalleled powers.”

At one point the plan speaks of the bureau doing its work “Acting with humility and moderation.” The pending federal budget would impose a lot of both.

These announcements came in the wake of Feb. 12’s federal budget announcement. Mulvaney’s full-time job is Director of the Office of Management and Budget. In a section of the budget entitled “Major Savings and Reforms,” a subsection towards the very end proposes the restructuring of the bureau.

The section states that CFPB “is an independent agency with a single unaccountable director who is able to draw funding from the Federal Reserve without oversight from the Congress. The Agency also has broad authority to unilaterally develop and enforce regulations irrespective of congressional intent or economic impact. The CFPB’s short history is rife with examples of the poor financial and personnel management decisions that can result from this form of unchecked authority.” [Emphasis added]

The budget proposal calls for subjecting CFPB funding to congressional approval beginning in fiscal year 2020. In the interim, the bureau’s current method of funding—draws from the Federal Reserve—would be limited beginning in fiscal year 2019. In that year the draw would be limited to $485 million, the same level as drawn in 2015. The budget projects that its approach would save $6.46 billion from 2019-2028.

Beyond that, CFPB’s scope would be reduced:

“To prevent actions that unduly burden the financial industry and limit consumer choice, the proposal restricts CFPB’s broad enforcement authority over Federal consumer law. These changes would allow CFPB to focus its efforts on enforcing enacted consumer protection laws and eliminate the functions that allowed the Agency to become an unaccountable bureaucracy with unchecked regulatory authority.”