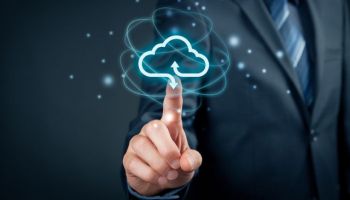 Why keep the same-old same-old under your roof when you can refresh what you've got from the cloud? suggests Capgemini research.

The need to better serve customers through technology impacts banks of all sizes today.

Case in point, from a recent interview: A midwestern community bank went through a core system conversion. There are many reasons a bank would go through that process, which can take more than a year to complete. This bank did it because, as the CEO explained, management wanted to be able to pick and choose which third-party software it wanted to use to provide present and future services. The new core system—from a new vendor—will enable the bank to select the “best in show” for each of its needs, rather than being locked into those options that its old provider could work with—or made available itself.

Though writ small, this attitude is part of what’s driving more banks worldwide to a “cloud-native” approach to development and deployment of applications.

What is “cloud-native”? Capgemini defines it as follows: “In contrast with traditional monolithic applications, which are deployed as single entities (and which might be run on-premises or migrated to the cloud), cloud-native applications are composed of microservices that are independent of each other. They are usually built and run using Platform-as-a-Service (PaaS).”

“This is all about business agility,” says Cliff Evans, vice-president and head of digital for banking at Capgemini. There is a growing desire to break out of legacy systems and legacy approaches to combine a bank’s existing services with third-party services to best meet customer needs.

“Banks are moving away from a model where everything was in one place in their data centers,” explains Evans, who is based in the U.K. Now, with internet connectivity through cloud-based computing making data movement among multiple players instantaneous, banks can mix and match ingredients from software providers to arrive at the best recipe for its customers.

Beyond that, they can replace elements in the chain when something better comes along, rather than being bound into past choices. Think of it as having the freedom to upgrade a single part of a machine. In part the increased agility comes from breaking processes down into the smaller pieces that Capgemini calls “microservices.”

The firm says that this thinking has contributed to the movement toward APIs—application programming interfaces. The firm defines microservices as “Minimal function services that are deployed separately but can interact together to create a broader app or service”—building blocks, in other words.

The firm’s report, Cloud Native Comes Of Age: What Businesses Need To Know, describes, without identification, a U.S. bank’s transformation from legacy systems to one built on APIs. This has enabled the bank to work with fintechs to develop new services rapidly, cutting months out of traditional product development cycles.

Presently, while the desire for this kind of functionality exists among smaller U.S. banks, as demonstrated by the banker whose comment opened this article, much of the action for becoming “cloud native” organizations is dominated by larger banks, according to Evans. However, Evans says this approach will become ubiquitous in the industry. As larger banks adopt a cloud approach, smaller banks will need to adapt to be able to offer customers similar quality and flexibility.

Capgemini has produced several research pieces related to this trend. In the “parent” report, Cloud Native Comes Of Age: What Businesses Need To Know, the firm notes that part of what contributes to the agility and success of companies like Amazon and Google is the ability to evolve rapidly using cloud-based applications.

“Building applications directly in the cloud, and using a modular, microservices architecture, means these innovators can rapidly innovate and scale new products—achieving a business velocity and flexibility that is simply impossible for organizations tethered to monolithic systems,” the report notes.

Building a business on other’s innovations

Evans sees this movement as comparable to the way correspondent banking once worked in the U.S. Community banks couldn’t provide the range of services large banks could on their own. However, their correspondent banks could provide specialized services to the community banks’ customers, in various forms—white labeling them, using the local bank as an agent, or other arrangements. This enabled the local bank to bring a broader range of services to customers.

A cloud-native approach could once again “make small banks a one-stop shop for financial services,” Evans explains. He says they will no longer be stuck with only those services for which they have in-house expertise.

In addition, they won’t be locked into services that fail to keep up with what consumers want. Much as consumers can switch to new apps that perform tasks more effectively than their old apps, banks will be able to switch to superior approaches. This will drive the need for a new set of disciplines, as banks become “shoppers” in a vast marketplace of capabilities. A key part of decisions, he predicts, will be choosing brands that the bank trusts.

Wrapped up in this potential trend, as well, is open banking, as seen in various forms around the world. In Europe and the U.K., government fiat is opening up bank customer records to third parties. In China, Evans points out, many consumers access their banks through WeChat, a messaging service, rather than directly. (Bloomberg once described WeChat as “PayPal, E*Trade, Uber, Amazon, and TripAdvisor rolled into a single app.”) In the U.S., Evans sees marketplace competition driving the trend, with regulators monitoring the market’s evolution as fintech players push traditional institutions toward the cloud in search of competitive options.

Evans says this movement will also take in commercial banking and investment banking, which also need the improvements that have been coming to consumer financial services.

Cloud Native Comes Of Age In Banking—recent Capgemini research specific to banks, built on the parent report—drew on research from the main report among firms worldwide regarding their use of cloud-native techniques. (The sample included banking companies—14% of the whole—and 11.1% of all respondents were based in the U.S.)

The firm’s overall research found that 88% of those respondents described as leaders and actively using this approach say it has improved the agility of their companies. (One out of five companies were classified as leaders from the 902 respondent base.) Nearly as many of the leaders, 84%, say that cloud native techniques have helped raise revenues and cut operating costs. Respondents are spending increasing portions of their cloud-related budgets on PaaS—Platform as a Service.

The parent report notes that 36% of the banks responding to the firm’s survey said that cloud-native is a core part of their future IT plans. That said, the transition may not be simple, based on the experience reported in the survey.

“In banks, a huge amount of tech tasks and processes are still supported by legacy technology,” states the report. “In some cases, that technology has been around for so long that [the tech] itself has become a part of the industry’s culture. People know that technology, they trust it, and in many cases, they may defend it with an ‘if it’s not broken don’t fix it’ attitude.”

The report makes the point that governance of the IT process represents one of the adaptations that banks are wrestling with. Safeguarding customer data, even where open banking is being encouraged, remains a concern.

“As banks move from being secure vaults of data to having to control a broader and more open ecosystem where data flows between parties, policies and processes designed for the closed world are no longer fit for purpose,” Capgemini’s banking report states. “Cloud-native applications are inherently designed for this new ecosystem—enabling secure and efficient operations as banks shift to an ‘outside-in’ view of IT operations.”

The report makes the point that today’s “applications and services are designed to support the way data is shared today. (Interestingly, in a recent roundup of community bankers about future trends, one CEO said that her bank had looked at numerous fintech partners. Their offerings can be quite exciting and leading edge, she said, but their protection of customer data has been hazy enough to make the bank hesitant to partner yet.)

Banks’ investment in the status quo has also been a factor in transitioning to cloud-native approaches, according to the report. Traditional data centers have low running costs and that produces some resistance to change.

However, the report adds, “once the number of applications moved into this model achieves critical mass, banks can start making large changes to the existing infrastructure to keep costs low. But, until that happens, legacy investment will continue to be a major impediment to the rapid move to cloud native that is necessary to address the changing customer and regulatory environment.”

The report describes some interesting terminology coined to describe strategies for moving from traditional IT to cloud-native. To look at several of the terms:

One example is “hollowing out.” This involves the process of gradually removing applications from core systems that can benefit from moving into cloud native and microservices applications. The idea is to transform traditional processing platforms back into their essentials, as stripped-down core processing engines.

Another is “lift-and-shift,” moving existing applications from the original system to the cloud with few if any coding changes.

Finally there is “re-architecting.” This substitutes for “lift-and-shift,” and entails revising existing applications to best take advantage of the cloud-native, microservices approach.