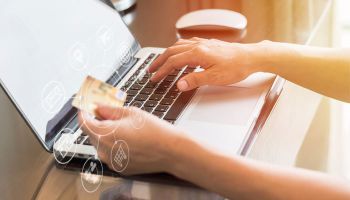 While trends have been favorable, lenders have been watching some sectors closely. In some cases underwriting standards have tightened, says TransUnion in a recent study.

Four main categories of consumer credit were showing overall positive growth and performance through the end of 2017, according to TransUnion, though trends were detected within each credit type.

For example, “consumers are staying in their cars a bit longer,” notes Matt Komos, vice-president of research and consulting. Komos says the longer retention of vehicles in part arises because loans can run longer than ever—as far as 84 months.

The number of auto loans increased 4.7% from yearend 2016 to the end of 2017. Growth in auto loan balances finished the year up 5.5% year over year. TransUnion says that is the lowest growth rate for balances since 2011’s 5.3%. Originations fell for the fifth straight quarter, by 4.8% in the third quarter of 2017.

“Auto lending is stabilizing after years of rapid growth,” according to Brian Landau, senior vice-president and automotive business leader. He adds that lenders have continued to tighten underwriting in the prime category and below.

In addition, Auriemma Consulting Group reports that delinquencies—defined as at least one payment past due—for subprime auto loans extended by automakers’ captive finance companies rose to 7.8% in the third quarter of 2017, the highest level since 2010. The firm notes that many captive lenders have already pulled back on subprime lending, seeing the trend.

Average debt per borrower grew across the board through yearend, compared to 2016. By category, average mortgage debt rose $7,321; personal loan debt, $443; auto debt, $206; and credit card debt, $158. In all but one category, serious delinquency rates dropped slightly. In the credit card area the delinquency rate increased a bit, by 8 basis points.

“Consumers continue to gain access to more credit, and balances are generally rising at a healthy clip,” says Komos. “For the most part, consumers are paying their debts in a timely fashion, which has been especially evident for mortgages and personal loans. This is likely a result of the strong economy, which has helped consumers manage their personal balance sheets and build confidence.”

As noted, credit card lending was the only category to show an overall increase in delinquencies for the year. Serious delinquencies—90-plus days for cards—rose to 1.87%, versus 1.79% in 2016.

Paul Siegfried, senior vice-president and credit card business leader, reports that the number of consumers with access to credit card accounts remains at an all-time high: 418.6 million, versus 364.2 million at the end of 2014, a rise of almost 15%. However, lenders have been tightening underwriting and originations were down 6.8% in the third quarter (16.3 million) versus the third quarter of 2016 (17.5 million). (TransUnion reports originations on cards one quarter in arrears to account for reporting lags.)

Siegfried says the underwriting pullback “is likely a response—and not a surprising one—to the increased ratio of below-prime consumers issued card credit in recent years and the associated uptick in credit card delinquencies.”

An interesting breakout in TransUnion data looks at generational payments performance: Gen Z cardholders had a delinquency rate of 2.69%; Millennials, 2.77%; Gen Xers, 2.35%; Baby Boomers, 1.21%; and Silent Generationers, 0.78%. (All rates were up.) All groups also saw their average balances rise, from Gen Z’s 26.5% annual rate to the Silents’ 0.2%.

“This largely reflects recession-era defaults having worked their way out of the system and recent originations being underwritten to a very high standard,” says Mellman. He is senior vice-president and mortgage business leader at TransUnion.

“There could be multiple factors contributing to this,” he says. One is that this could include cash-out refinancing, which would increase the average mortgage debt. Another potential reason is that the drop in refinancing share could be lowering average new account balances, he explains, because average refi size can be larger than average purchase size.

An open question right now is where home equity credit is headed. Komos notes that equity credit originations had been slowing down—nearly flat. A good deal of equity is now available, because of rising home prices. So, Komos says, the potential for growth is there. However, the impact of the new tax law on equity credit is still being parsed by lenders and consumers alike.

This has been a major growth area for consumer credit. TransUnion indicates that the year closed with 18.2 million unsecured personal loans outstanding—a 40% rise over yearend 2014.

This trend in part reflects the activity of marketplace lenders. New Comptroller of the Currency Joseph Otting told the press late last year that he wants bank lenders to devise products to compete with fintech consumer lenders.

“As traditional lenders return to or enter this market,” says Jason Laky, senior vice-president and consumer lending business leader, “we expect the number of personal loans will continue to rise.”

“The last quarter of the year is traditionally the one where delinquencies rise the most,” says Laky. “In 2017, the increase in delinquency was muted, leading to the lowest fourth quarter personal loan delinquency rate that we’ve observed since the end of the recession. This strong performance bodes well for 2018.”