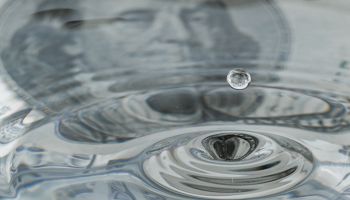 While tax reform will offer a big boost to bank earnings, the windfall of profits will likely spark more competition that could eat into margins.

Lowering the corporate tax rate will push bank earnings 13% higher than results would have been before the passage of the landmark legislation, according to data from S&P Global Market Intelligence.

Scores of banks have announced plans to reinvest portions of the gains in their franchises, but the industry should retain the vast majority of the savings, leaving institutions flush with capital. Bankers and members of the investment community have acknowledged that the industry could use the newfound capital to go on the offensive and compete more aggressively for loans.

Some bankers have already taken into consideration that tax reform will cause competition to increase. Richard Fairbank, chairman and CEO of Capital One Financial Corp., said that a surge in tax benefits has a way of working into the marketplace through heightened competition. He noted that bankruptcy reform in 2005 created a windfall for lenders but also led to more aggressive underwriting and pricing. The executive expects institutions to respond to tax reform in a similar manner and consume some of the benefits through heightened competition.

“My caution to investors would be I wouldn't book this stuff before it totally happens. The biggest question is not whether, it is when and the timing," Fairbank said on his company's fourth-quarter 2017 earnings call.

Jamie Dimon, chairman and CEO of JPMorgan Chase & Co., offered a more frank assessment and told investors to expect that some of the tax reform savings will be reduced through competition.

"Some will be competed away," Dimon said on his company's fourth-quarter 2017 earnings call. "I'm only telling you because you've got to put it in your mind. Don't get so exuberant that everything, everywhere falls to the bottom line."

Those words of caution seem reasonable since most banks already believe they have excess capital and tax reform will push capital levels even higher. Banks have struggled to lever their capital by making loans and deploying the additional funds stemming from tax reform might require a notable increase in economic growth.

Trying to focus on overall impact

Robert Albertson, principal and chief strategist at Sandler O'Neill & Partners, noted in a recent report that many studies suggest tax reform will only cause a fraction of a percentage point in additional GDP growth but the ultimate impact could be greater.

The strategist said the tax cuts could increase personal income by nearly $200 billion in 2018 and if all of those savings were spent, U.S. GDP could rise by 1%.

The impact to corporate America will also be quite large, and many companies, not just banks, have already announced plans to reinvest some of the savings into their businesses.

Trying to predict the net effect to the economy is quite difficult, Albertson said, adding that the ultimate impact might not be clear until the middle of 2018.

Building in competitive “give”

Some bankers are not waiting that long and have already estimated how competition could eat into the tax reform savings. For instance, David Brooks, chairman, president and CEO of Texas-based Independent Bank Group Inc., seems to be accounting for that to happen.

The executive said on his company's fourth-quarter 2017 earnings call that Independent Bank would retain 70% of the tax reform savings and noted that he plans to invest about 10%-plus in human resource initiatives. Brooks estimated that the remaining 15% of the savings could be competed away.

Whether or not that potential is fully baked into bank stocks, some investors have incorporated heightened competition into their thinking. They have noted that when banks receive an influx of capital, the institutions tend to use the funds to take market share. Some investors do not think banks' response to tax reform will be any different.

Banks can take share through superior service but it is often gained by offering lower prices. If that occurs, bank loan yields could come under pressure and deposit costs could migrate higher than they would have absent changes to the tax code.

While the recent increase in long-term rates could soften the blow, a more competitive landscape could prevent net interest margins from expanding to the levels that some investors have expected when pushing bank stocks higher in the weeks and months since tax reform began to take shape in the Congress.