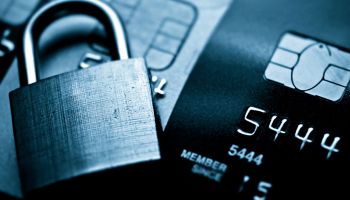 Efforts to keep payments secure never end, and so the conclusion of a Fed task force on payment security informs the next phase, beginning later this year

After two years of work the 200 members of the Federal Reserve’s Secure Payments Task Force are wrapping up their work this month. The group will publish “a collection of educational materials outlining the lifecycles and security profiles of today’s primary payment methods,” according to a Fed announcement.

Many of the task force participants will transition into the Fed’s broad FedPayments Improvement Community. Some may elect to serve on a series of new collaborative industry work groups the regulator expects to initiate later this year.

In between this wrap-up and the beginning of the work groups, the Fed plans to conduct a study to analyze payment fraud and security vulnerabilities, according to an official announcement. Possible topics the work groups could focus on include fraud, data presentation, and ID management, a Fed spokesperson noted.

• Documented payment lifecycles (describing the end-to-end journey of a payment) and security profiles. The Fed says these will be published this month on the task force’s website;

• Contributed to the work of the Faster Payments Task Force including assessment of various faster payment solution proposals.

Beyond their day jobs
Ken Montgomery, newly named as the Fed’s payments security strategy leader, and also COO of the Boston Federal Reserve Bank, said in a statement, “This transition [into the larger FedPayments community] recognizes the intensity of the task force work effort over the last three years and provides greater flexibility for large numbers of stakeholders to continue participating in our improvement efforts.”

Three years is a long time for people for whom this work is “not their first job,” as a Fed spokesperson noted. Although he anticipated many would continue to be engaged in one of the many payments-related initiatives.