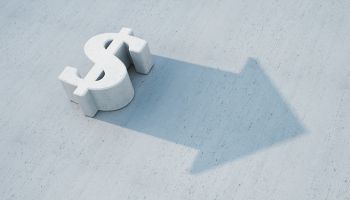 Commercial finance comes in many flavors. The bank-owned company profiled here portfolios all the loans it makes.

One man’s need is another’s opportunity. Such was the case in 2015 when Rick Dennen, founder of Oak Street Funding, a commercial finance company specializing in loans to insurance agencies, agreed to sell the company to Ohio’s First Financial Bank.

Dennen’s need can be described in one word: funding. In a way Oak Street’s situation was similar to that of numerous nonbank marketplace lenders. Without access to bank deposits, funding is dependent on the capital markets. Dennen likens the experience to “jumping from lily pad to lily pad.”

“We were constantly issuing debt and equity to relend,” says Dennen. The company had three different private equity owners and Dennen felt the capital situation had to change.

Selling to a bank

Acquisition by a bank solved the funding issue and freed up Dennen to concentrate on growth.

First Financial Bank was the winning suitor among 21 firms (including three other banks) that made offers for Oak Street. It paid $110 million for the ten-year old lender that at the time had $242 million in assets.

Dennen, who is president and CEO of Oak Street, describes the bank as the perfect partner, a long-term (founded in 1863) publicly traded, regional bank.

Cincinnati-based First Financial, at the time had assets of about $7 billion and was operating in Ohio, Indiana, and Kentucky. The bank, headed then, and now, by Claude Davis, CEO, already had a $500 million national franchise finance business, acquired through a bank acquisition. Said Davis in a press statement at the time of the Oak Street acquisition, “We have experience and are very comfortable with nationwide specialty lending.”

Oak Street Funding, based in Indianapolis, operates as a subsidiary of the bank.

The bank has made several acquisitions under Davis, most recently of $4.6 billion-assets MainSource Financial Group, based in Greenburg, Ind. The two companies were set to become one officially on April 1, with a combined asset total of close to $14 billion, and using the First Financial name.

Dennen was a CPA with Deloitte for about ten years handling banking and securitization work among other assignments. He saw an opportunity in insurance finance to apply the same principles as are used in securitization.

Although insurance agencies have predictable cash flow streams, they have no hard assets and their balance sheet is literally zero, Dennen explains in an interview with Banking Exchange.

“Banks don’t lend against intangible assets,” he says. Yet the agencies have needs related to acquisitions, buyouts, debt consolidation, and lead purchases.

The answer is cash-flow loans, which is what Oak Street Funding makes. In insurance parlance it is a commission-based lender.

“We learned that you can actuarially predict renewal persistencies of insurance products,” says Dennen. (“Persistency” refers to the percentage of an insurance company’s already-written policies remaining in force, per Businessdictionary.com.) Dennen built a lending business around this need. Over the last 15 years, Oak Street has developed actuarial models for every product and carrier that exists by evaluating policy-level information.

“Each agency has a different contract with a carrier,” Dennen explains, “so you have to drill down on the details and policy-level information” as to what coverage is in force, the mode of payment, commissions paid, etc.”

The Oak Street model differs from that of other national lenders in that the company portfolios all loans. The average duration is 8.2 years, says Dennen.

“We’ve never sold a loan or bought a loan,” he says.

He also says that the expertise Oak Street has developed in the insurance vertical—and several others—means that the lender does not require personal (“house and spouse”) guarantees from borrowers. This makes the company very competitive with SBA lenders, Dennen says.

Oak Street Funding could be considered a fintech company, although Dennen never used the term. He says a key factor in the company’s success is that it developed proprietary software based on the Microsoft SQL Server platform. Currently Oak Street employs four programmers, says Dennen.

Initially the software was used as an evaluation tool for intangible asset classes to assist in underwriting and service, but then was expanded to handle content management, accounting, risk analytics, and even internet phone service. Dennen says the platform links into the bank’s IT system.

Unhampered by legacy technology and regulatory requirements, Dennen says Oak Street has been able to build an efficient and scalable system. It has handled the finance company’s growth from $300 million to $1 billion in assets, he says.

Some in the insurance business say the agency model is permanently broken. Dennen doesn’t see it that way. In late March, Oak Street announced a partnership with Smart Choice, a network of more than 6,300 independent agencies and more than 80 carriers that provides access to top-rated markets, products, training, and sales and marketing support, as described on the Smart Choice website.

While Dennen acknowledges the broad shift to online sales of insurance for certain types of commoditized products, notably automobile and less expensive homes, he still believes commercial insurance, insurance for higher-end homes, and specialty coverage such as directors and officers liability, will continue to be sold on a consultative basis by agents.

He doesn’t seen insurance agents going away any time soon.

“There are still a lot of relationship-based products in the insurance business,” he says, where online or even a call-center model aren’t as effective as dealing in person with a broker.

In addition to the insurance market, Oak Street lends to other verticals, including registered investment advisors (RIAs), CPAs, and restaurant franchises. The latter does business under the name First Franchise Capital. That unit predated the Oak Street acquisition. It had more than $500 million in loans as of June 2015. The bank subsequently decided to put all national commercial platforms under one company—Oak Street Funding—in part because of that unit’s technology platform. The combined commercial finance portfolio recently moved past the $1 billion mark.

Dennen says he is always looking out for new verticals, but that in 2018 most of their focus will be on building process and people infrastructure to develop the business they already have. Once that’s accomplished he says there are a couple of other products that “could easily flow through this national commercial technology model that we have.”

Synergy with the bank

Dennen says Oak Street Funding is profitable, but declined to give specifics other than to say that the company “is accretive to the bank’s numbers.”

As far as lending synergies go, Dennen says there is no integration between the subsidiary’s and the bank’s C&I lending.

“We have absolutely different teams of underwriters,” he says.

The subsidiary operates independently with an overall credit authority up to about $15 million per loan. Anything above that has to go to the bank’s chief credit officer for approval.

That said, Dennen notes that referrals go back and forth between bank and its cash-flow lending subsidiary.

We have gotten deals in insurance and the RIA markets,” he says. Naturally these mainly are within the bank’s Midwest footprint.

Overall, Dennen says the Oak Street unit has had great support from the bank, and in turn has enabled a small regional player to extend its reach profitably.