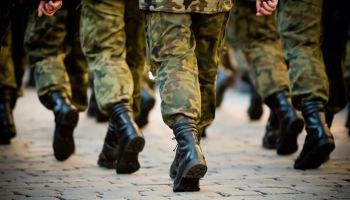 Lenders must pay close attention to strictures of the Servicemembers Civil Relief Act.

Importantly, while the case is based on a complaint filed by a single Army private, the DOJ alleged a “pattern or practice” of statutory violations given the lender’s lack of policies with regard to the SCRA.

In September 2015, Andrea Starks purchased a used 2006 Chevrolet HHR from an Arizona dealership. She made a downpayment of $1,000 and obtained a $7,572.07 loan at 24% interest from a California-based indirect auto lender. Starks made a loan payment under the agreement.

The following April, Starks enlisted in the United States Army and submitted a copy of her military orders to the lender. The same day in May that she began her active military service as a U.S. Army private, the lender repossessed her vehicle without a court order. The lender sold the car at a public auction the same month.

Starks contacted the DOJ in November 2016 to raise concerns about the repossession. The agency launched an investigation into the lender’s loan servicing policies, practices, and procedures.

Further, the defendant did not have—and still lacks—policies or practices in place to verify the military status of borrowers before repossessing the vehicles, despite having the opportunity to make use of the Department of Defense’s Manpower Data Center that allows lenders seeking to comply with the SCRA to check and see whether their customers are protected by the statute, the DOJ alleged. Without such policies or practices in place, the agency accused the defendant of engaging in a pattern or practice of violating the SCRA, characterizing the lender’s conduct as “intentional, willful, and taken in disregard for the rights of servicemembers.”

The complaint seeks to enjoin the defendant from future violations of the statute and requests monetary damages for the servicemembers who were injured by the defendant’s actions, as well as civil penalties.

“The members of our armed forces should be able to devote their full attention to their duties without having to worry about whether their legal rights will be violated by lenders,” Acting Assistant Attorney General John Gore of the DOJ’s Civil Rights Division said in a statement about the lawsuit. “Repossessing vehicles without required court orders is both wrong and illegal. The Justice Department continues to ensure that we are doing all we can to protect and assist servicemembers, veterans, and their families from unlawful conduct by lenders.”

The DOJ has been busy with SCRA actions in recent months. Last October, another California-based indirect auto financing company settled with the agency over similar charges of repossessing vehicles without the SCRA-mandated court orders. Earlier this year, the DOJ brought a separate suit against a Hawaiian city and its general contractor for towing the vehicles of servicemembers without first obtaining court approval. Lenders should be on notice of the agency’s enthusiasm for enforcement actions, demonstrated in the most recent complaint based on a single servicemember complaint that alleges a pattern or practice of statutory violations.