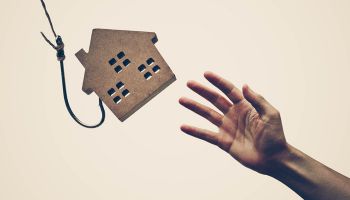 A different picture of the housing market is presented by data from an April survey of just over 1,000 Americans. In contrast to more upbeat recent reports, including from Freddie Mac as reported here last week, the ValueInsured Housing Confidence Index for the second quarter dropped almost five points to its lowest level since the inception of the index in Q1 2016.

“The most telling statistic,” says Joseph Melendez, founder and CEO of ValueInsured, “is that 60% of all homeowners believe people who buy in their community are overpaying.”

ValueInsured, which insures down payments and provides refinance equity protection, created the Housing Confidence Index in 2016. In contrast to other research that focuses on economic factors influencing housing trends, the confidence index focuses on the “emotional component,” says Melendez.

The index “composites seven attitudinal dimensions directly related to home-buying and housing health sentiments, beyond general consumer confidence,” as stated on the ValueInsured website. The second quarter survey is a “nationally representative sample of 1,002 U.S. adults.” It was conducted by independent research and analytics firm Equation Research.

The desire to own a home remains high, currently standing at 79% among non-homeowners, according to a summary of the research results. However, 67% believe the American housing market is “unhealthy.” In addition, the number of people who believe buying a home today is a secure and smart investment dropped to 52%.

Says Melendez, “Housing confidence—as do home prices—goes up and down, but what’s noteworthy now is the decline among homeowners, in particular Millennials. Many are stuck in homes they have outgrown and cannot upgrade, which explains the inventory shortage we see at the starter-home level.”

• Confidence in the ability to afford a home has plummeted double-digits for all groups since a post-Brexit high, with homeowners who want to sell and then buy reporting an 11 percentage-point drop. Affordability confidence for non-homeowners who want to buy fell 13 points during that same period to just 32%.

• Growing doubt that rising prices are sustainable. Only 42% of Millennial first-time homebuyers—the largest segment of buyers—believe a home they buy now will be worth more by the end of 2019.

Despite high home prices, even potential sellers’ optimism is waning, with 61% of homeowners saying the housing market is heading in a good direction “for people like me.” This is down from a post-Brexit high of 78%. The survey also found that 63% of homeowners (including 59% of Millennial homeowners) and only 37% of non-homeowners consider now to be a good time to buy a home. These are all the lowest levels recorded in the quarterly survey’s history, according to the company.

For people who are able to find a home in the current bidding-war/sight-unseen climate, buyer’s remorse is lurking, the survey summary notes. In fact, 62% of Americans surveyed say people who buy a home now will have buyer’s remorse. Among them, 24% believe 2018 homebuyers could feel the same level of remorse as those who bought in the last peak before the 2008 housing crisis.

Adds Melendez, “People are buying overpriced homes needing a lot of work.” This is particularly true in overheated markets, such as Seattle and parts of the Northeast.

In the April survey, consumers were asked for their views on the timing of a housing correction. ValueInsured reports these results:

• 68% of all Americans believe a housing correction will happen within two years.

“This is a pivotal time with rising prices and rates weighing heavily on consumers,” Melendez says. “More of them could be moved off the sidelines if perceived security and confidence in home buying could be restored.” That is what ValueInsured seeks to accomplish.

Melendez says the company’s down payment and equity insurance is sold through lenders, and that the lenders do not earn any commission or fee.

“It helps differentiate their value proposition,” he explains. The products function like mortgage insurance, he adds, except they benefit the borrower, not the lender.