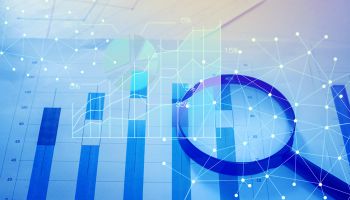 Business banking has an analytical ramping up ahead of it, predicts Duncan Banfield of Greenwich Associates.

Is it goodbye to wining and dining and golf for commercial banking officers and their prospects and customers?

Maybe not drastically, yet, but leading banks will soon be poised to better pick which new and existing accounts should get the invitations, and which aren’t worth the time or expense, according to a report by Greenwich Associates.

While consumer banking has increasingly become a game of numbers and strategy based on intensive data analytics, the business side of most banks has lagged and missed out on the potential of such technology. In his recent report, Duncan Banfield, managing director and a former commercial lender himself, says that 2018 will mark the beginnings of an “analytics arms race” for business banking.

“In the past, commercial and business banks could afford to put off technology and analytics investments in favor of relationship managers and other staples—those days are over,” the report states.

By the end of this year, the report continues, early adopters moving quickly will use data analytics platforms to find and target the best leads. This will result in more successful sales results for those who learn to use the data that new tools produce.

“All other banks will be forced to match those efforts just to keep pace,” the report, The Analytics Arms Race, predicts. “Best-in-class performers will aim higher and seek to leverage analysis to create a lasting advantage.”

Banfield says that with growth in C&I loans slowing down, the industry has reached a point where forward-thinking players have become willing to invest in systems and talent that can make business banking more effective and efficient.

It’s not a cheap proposition, he explains. Part of the challenge is that though banks sit on mountains of business banking data, that data resides in systems that weren’t built to support analytics.

“To get going, it takes some money,” says Banfield. “This is in the range of the mid-hundreds of thousands of dollars. It’s not just big data and the tools for manipulating the data, but bringing in the people who can do the job.”

Simply connecting traditional bank data silos, and knowing how to use internal data, and correlate it with diverse forms of external data, goes beyond many institutions’ traditional in-house skill sets.

However, the flip side of that spending, Banfield continues, is the payoff.

He says that the size of commercial relationships means that “the first five closed deals can liquidate that investment pretty quickly.” He says the ROI is there, and that a bank can make the transition in under a year.

Why have banks been “late to the party,” on the commercial side, in Banfield’s words? They have not only lagged consumer banking’s data analytics efforts, but other industries as well. And the latter includes commercial finance companies, competitors for some segments that banks pursue. “There was a lot of emphasis put on this at General Electric Capital,” one of Banfield’s former employers, he says.

Among the reasons Banfield gives in the report is that, until recently, focusing on hiring new relationship managers generally produced certain results, and at the time, they were good enough.

However, “there is a finite amount of truly great relationship manager talent out there,” says Banfield.

Even liftouts of entire teams from other institutions provide only incremental growth, and once the team’s relationships have moved to the new bank, the potential for low growth returns.

In addition, Banfield points out, competition for business banking clients has been expanding. It’s not just other banks and finance firms now, but newer entrants such as private equity funds, investment banks, specialty lenders, and business-oriented fintechs that can grab both clients and prospects off banking’s table. As it is, just among banks there is overcapacity, he notes, so competition is tighter.

What can analytics do for business banking?

Banfield’s report sketches out some of the key advantages of adopting better data analytics. They include finding and targeting high-value accounts; identifying competitors’ weak spots; improving client relationships; deepening cross-sales; and increasing the average “wallet size” per client. This has implications for many other aspects of the business banking process, from resource allocation to performance measurement to incentive plan design.

Adopting more analytics is “absolutely going to change jobs,” says Banfield, but he doesn’t see the relationship manager going away. Instead, the position will evolve.

“Where I am seeing the most effective use of analytics is to make the relationship managers better, not replacing them,” says Banfield.

Realizing that potential, as analytics are adopted, will require a combination of training and hiring for aptitude. Banfield adds that this will be different at different levels of the business bank, as strategists will use data differently than front-line bankers.

Tools like “heat maps” and dashboards will help make analytical findings easy to spot and understand. The report points out that business bankers won’t wade through reams of undigested data, and will need to receive it in forms they can readily apply.

“There is a whole universe of tools that plug into Salesforce,” said Banfield. Salesforce and other improved customer relationship management software are part of the analytical evolution.

If banks don’t make improved data available in friendly forms, Banfield predicts that bankers will fall back on old methods, wasting the investment.

Between the front-line relationship managers and the strategists at the top are managers of the sales and lending talent. Banfield believes that as analytics become a greater part of the process the role of these positions will change, to much more ongoing coaching.

Banfield says the leaders of this change have already started their transformation to greater use of analytics for business banking. But they are out in front.

“The others don’t have the talent on board nor the basic tools in place to connect all the dots,” says Banfield. “And right now that’s the majority of the banking industry.”

Banfield adds that business banks don’t have the luxury of time, here. Improving analytics is also about improving business customer service, and business customers have, as consumers, grown more used to their providers having a deeper understanding of their needs and preferences. Banfield says that they realize that their business banks are behind the curve.

“They are asking, “Why aren’t you smart about how we work together?’,” says Banfield. “Banks are going to have to catch up.”