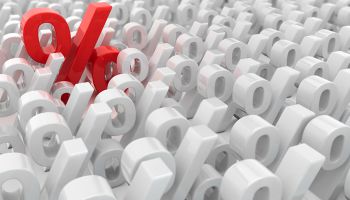 As rising rates bring concerns for interest rate risk to the front, two wrinkles emerge that even bankers well aware of their organizations’ current rate position may not be factoring in.

Second, because much of that period has been characterized by lower loan demand, many banks have gone further out on the yield curve with other investments to increase returns. And the asset-liability management models that banks have been using to monitor and test their positions may be using data that doesn’t represent the future. (A historical note: This had been a criticism made of segments of the investment community in the wake of the mortgage market debacle during the Great Recession.)

“We have had ten years of relatively static information,” said an official of the Comptroller’s Office during a recent press briefing. “The model might not be as sensitive as it could be.”

These two points lend a bit of thought-provoking color to warnings and observations about interest rate risk and other risks facing banks made by Comptroller Joseph Otting and senior officials of OCC at the May 24 briefing. The occasion was the unveiling of the agency’s spring edition of its Semiannual Risk Perspective Report.

“After a long period of low interest rates, rates are beginning to rise,” said Otting. Most banks dramatically increased their fixed rate assets on their balance sheets.”

Issues raised by the report and the officials concerning rising rates covered the impact on lending; on deposit gathering and funding overall; and on investments.

One broad comment was that the consensus forecast is for the yield curve to move higher and to flatten out. “Higher rates are generally positive for small bank margins when the yield curve is steep,” the report stated. “A flatter yield curve could complicate the margin outlook for banks if the curve flattens at a pace or magnitude beyond expectations.”

Rates and credit. The report noted that higher long-term rates would raise financing costs, and that this would tend to reduce investor demand for CRE and push prices down. The report went through an analysis of potential changes in pricing due to the rate environment and concluded that “CRE prices are expected to grow relatively slowly in 2018 as investors fear that peak prices are near despite continued economic growth.”

The report pointed out that rising rates could put a drag on housing demand by pushing monthly payment-to-income ratios toward the long-term average, while also potentially straining compliance resources if consumers rush to lock in rates before they rising significantly more.

One official said that increased fixed-rate lending for both commercial and residential real estate purposes has been on the agency’s radar as a potential risk as rates rise.

Rates and deposits. The long low-rate period altered the shape of bank funding. “Deposits fund a larger portion of bank balance sheets compared with pre-recession levels, and the mix has shifted toward non-maturity deposits,” according to the report. “Banks experienced significant growth in deposits during and after the financial crisis both as customers sought the safety of insured deposits and due to the extended period of low interest rates.”

The report goes on to note that when rates began to rise in late 2015, banks did not find it necessary to hike deposit costs as in previous periods of rising rates. “While deposits continued to grow and deposit rates remained relatively stable, it is uncertain whether that relationship will continue if interest rates increase as market participants expect,” the report added.

“Deposits acquired during a period of historically low rates could expose banks to interest rate and liquidity risks that are more severe than projected by banks’ models,” the study said.

The report stated that yields on bank assets have gone up in synch with Federal Reserve rate hikes. Because deposit costs have not been affected nearly as much, “this has led to a rise in net interest margins even as market rates have climbed.”

OCC warned that this may not continue. “Rising interest rates typically trigger outflows of low-cost deposits, increasing deposit betas, and a flatter yield curve, which could temper NIM expansion,” the report said. “Accordingly, it is important for bank management to understand the sensitivity of deposit assumptions across a range of scenarios and the potential effects on earnings and liquidity.”

The report pointed out that the special liquidity requirements on banks over $250 billion—the Liquidity Coverage Ratio—makes those companies more likely to compete aggressively for retail deposits.

The report made a nonfinancial point about potential competition. Competition for deposit business may no longer hang exclusively on rates, but also on the technology that a bank provides.

“As consumers weigh the overall economic value of the account, including new flexibilities and options, this broader concept of economic value may place banks that are able to offer more robust account features and applications at an advantage. This may be one factor that explains why those banks that offer robust account and advanced application features have not needed to increase rates as this point in the cycle.”

Otting said that he believes that many banks take the lessons learned in 2007-2009 seriously.

OCC repeated a warning given late last year when the previous edition of the risk report was issued—a warning against banks becoming complacent. But a senior staffer also made an observation about the increased easing of credit that OCC has seen in various credit categories. This was that banks are not taking greater risks per se in making loans, but that they are beginning to go to the high ends of their agreed-upon “risk appetites.”

A general warning from OCC concerning CRE was to keep watch on concentrations. More specifically, officials expressed concern as some lenders have been going longer on CRE credit.

One specific area of CRE that OCC is watching closely is multifamily housing. One official said that the main concern is luxury multifamily projects. “There’s pockets where they may have been overbuilt,” he said. This trend has been seen in New York City, San Francisco, and Nashville, among other markets, the official said.

Another area of concern in credit is agricultural lending. The report cited “low or declining prices for grain, livestock, and dairy that result in lower cash flow and increased farm carryover debt for agricultural borrowers.”

The report stated that: “Delinquencies are increasing in agricultural loans due to low commodity prices and thin margins. In addition, while net farm income stabilized in 2017 due to improved yields, the outlook for 2018 is not favorable. Net farm income in nominal dollars is projected to decline to the lowest level since 2006, driven primarily by a decline in revenues and increased fuel and oil, interest, and labor expenses.”

However, officials qualified the agency’s concerns in this sector.

First, banks are working with borrowers who are having problems, they said. Many producers have a good deal of land collateral and banks are using that to help the borrowers roll over their debts. In addition, farmers are coming off of some good years, so that affords some room for conditions to be worked through.

“At this point,” said one official, “things look manageable.”

However, there’s a caveat to that. OCC has confidence in established ag banks that have experience in that specialty. One official explained that some lenders with less experience entered the ag lending sector, seeing opportunities, and now they find themselves handling borrowers with some degree of trouble.

“It’s those that are not specialists in ag that we are having deeper conversations with,” he said.

One press question concerned a requested clarification of a point made in OCC’s recent bulletin advising national banks that the agency would tolerate, and actually encourage, making short-term installment loans to people with lower credit ratings.

One part of that rule had stated “The OCC views unfavorably an entity that partners with a bank with the sole goal of evading a lower interest rate established under the law of the entity’s licensing state(s).”

Otting said this was not meant to imply that a bank couldn’t partner with an organization that could help it reach potential customers for these types of loans.

Instead, the point concerns control and role. “We don’t believe that an institution should effectively lend their charter out to a vendor,” said Otting.[See, "Make small consumer loans, OCC urges"]

Otting also said that bringing more tailoring the Bank Secrecy Act compliance process, as well as other changes, was an ongoing work in progress with FinCEN. He said recent discussions had made some progress. Some changes he thinks can be accomplished by FinCEN, while others will require legislation.

He acknowledged that the process will take some time, but it had to be started.

“How do you eat an elephant?” said Otting. “You start chewing somewhere.”