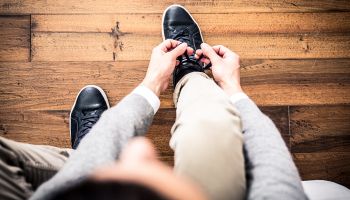 When Craig Buse started out in banking, he was an “IT guy.” He’d completed a masters in information security, and if he’d remained in IT, that would have made for a traditional career path. End of story.  But, in Buse’s own words, “I’m not your average tech guy.” For one thing, he has the ability to speak about IT issues in normal language to C-level people. For another, Buse just won’t stay in the IT silo.

Case in point: Craig works for Springs Valley Bank and Trust in Jasper, Indiana. In 2012, the $384 million-assetbank’s chief loan officer and its only credit analyst left simultaneously, leaving the bank bereft. Buse headed up the effort to find and develop internal talent to fill the analyst job, and he got up to speed to become chief loan officer himself later on.

On the strength of such experience, he began developing plans for improvement of other parts of the bank. This was on top of having developed procedures to support a bank wide quality management system. He was named COO in 2012.