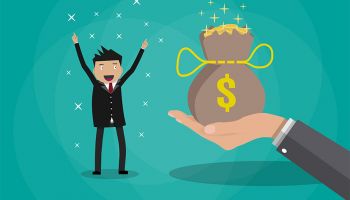 Motivation within the workplace can be a complicated thing to measure. While companies speak of various strategies to maximize worker motivation, most programs still center most of its attention on compensation.

Researchers have challenged conventional wisdom on how to motivate workers and seem to have proven that increased compensation opportunities based on traditional incentive programs can not only be ineffective but can actually be detrimental to worker performance.

Workers need to know that compensation should be fair and cover people’s basic needs. Fairness must not only be measured internally, but also externally. In companies that pay below market value, benefits such as training can ultimately make young workers more qualified to leave for higher pay.

The company can develop a major problem in retaining talent, thinking the external motivations beyond pay would make up for being paid at the market rate.  If a bank pays competitive wages, then it can focus better on what other things can help create the right environment for workers. However, a bank should not overestimate the value of paying more than competition.

Research also shows that rewards systems may end up making people feel like receiving the award should be expected, and not receiving the reward is perceived as a punishment.  Rewards can make people feel coerced.  Most children, for instance, will look at doing their chores as not an incentive to do good work in order to be rewarded, but to simply do the work in order to get paid. It does not make them do the job well, but to have them do the work with the least effort in order to get the reward.  Many children seem to resent it more than seeing it as an opportunity.

Examples in the business world also seem to yield the same result.  Sales targets at banks and financial institutions are often manipulated in such a way to have clients pay more for a service “up front” so that the revenue reaches a quarterly target in order to receive the reward, but down the road serves to hurt the bank’s long term numbers.

We all are well aware of banks that have gotten in trouble for this type of incentive program.  In other companies, the most extreme cases have been at the top level at companies such as Worldcom where top executives were even tempted to make acquisitions to strengthen short term growth goals. It may have provided motivation, but it was not actually motivation that resulted in good behavior that led to the best interest of the company.

The design of a job is just as important as the compensation.  Jobs that include autonomy, mastery and purpose will motivate workers. However, it is important to realize that your employees do vary in personality and may be motivated by different things. One example of major variance in motivation is the opportunity to innovate.  Certain people are motivated by financial rewards for being creative, and launching new products.

Clearly entrepreneurial driven people, whether in large companies or in startups are motivated by financial gains by being compensated through coming up with successful products. If people were simply just motivated by being creative, they would not take the risk of starting things on their own. These individuals may be overlooked by a bank’s human resources department in creative compensation systems, but could be crucial for a bank’s future growth.

Further, socialist countries would create as many leading products as capitalist and entrepreneurial ones do, which simply is not the case.  In the medical field, places in which doctors and scientists are rewarded financially for medical breakthroughs have consistently resulted in more innovative breakthroughs.

Secondly, salespeople tend to be motivated by competition more than accountants, for instance.  Certain people want to work in an environment that is high energy, and a team spirit of beating the competition, and others become anxious within competitive environments.  Certain personalities tend to be motivated by an “us verses them” culture where stock options can motivate certain individuals more than others.

In motivating different people at your bank, think through the bank’s objectives and match the compensation system. Identify what motivates certain individuals, and design jobs and compensation programs to bring out not only good production, but also good behavior.