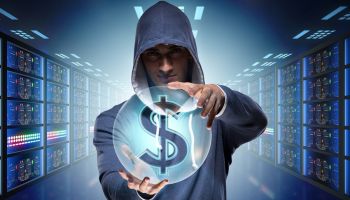 Career criminal Willie Sutton was once asked why he robs banks. “I rob banks because that’s where the money is,” he replied.

Almost 70 years later, hackers and fraudsters might echo that sentiment. For such criminals, banks are a key target. The methods may be different, but the idea is the same.

Banks have developed ways to fend off armed robberies using surveillance cameras, armed guards and dye packs that explode to permanently mark stolen cash rendering robbers’ booty worthless. But banks still face a sharp learning curve when it comes to fraud. As a result, they’re losing 2.39 percent of revenues every year to fraud. That’s a shame because the tools they need to fight fraud are within reach.

About 94 percent of financial services companies have experienced fraud, according to a recent study commissioned by TransUnion and conducted by Forrester Consulting.

The top three forms of fraud, as reported in the survey of financial professionals, include identity theft, synthetic identity fraud, and account takeover fraud. Each of these crimes impacts the business negatively, primarily with high costs for victim remediation, legal complications for non-compliance, and lost productivity. Such fraud is on the rise as banks have moved more transactions online. Sixty-four percent of banks surveyed said they’ve seen a slight to significant increase in new account fraud.

Unfortunately, fighting fraud is a constant battle. Fraudsters are getting smarter and their methods keep evolving. To compound the problem, security methods banks use have a way of turning customers off. Whenever a bank asks a consumer for another verification, they risk losing a customer. This problem is especially acute in a time when branding is so focused on delivering omnichannel experiences.

Financial services firms are aware of this risk. Up to 71 percent of such firms say customer expectations influence the methods they use to detect fraud, according to the Forrester report.

It’s hard to fight a battle when you’re using outdated weapons. That’s the conundrum in which financial services firms find themselves. Less than 30 percent of firms surveyed say they’re very confident in their ability to identify fraud like identity theft, card-not-present, account takeover, synthetic identity fraud and loan stacking. More than half say they don’t have access to real-time or actionable insights. Often, current solutions can’t be applied to multiple channels (like mobile and the web), which means businesses have to waste additional money on multiple unconnected point-solutions. This confronts financial institutions with another challenge – integrating multiple point solutions into an overarching fraud mitigation strategy.

Another shortfall is data. Ninety-two percent of respondents said they have had issues with the data solutions they have relied upon. Primary issues with data include accuracy, breadth and standardization. Leading with quality data that has linkages across online and offline data sources should be a main priority in fighting fraud.

In addition, only a minority of firms are using newer technologies like machine learning  and predictive analytics, which has a storied history of efficacy in managing credit risk, but has been underutilized in managing fraud and identity risks. .

What Financial Services Firms Need to Do

Clearly, the combination of rising levels of fraud and inadequate solutions puts financial services firms in an untenable position. While ideally, a comprehensive solution that fights fraud without compromising the user experience will solve the problem, until affected firms deploy such a solution, there are a few steps they can take.

One is to understand the data that is in existing solutions. Low-quality data will hinder efforts to fight fraud, so investigate which data the existing solutions provider uses. Second, gain access to consortium data on fraud, including the latest threats. This will greatly expand the ability to fight fraud, since firms can identify new threats that are circulating. Third, keep solutions providers accountable for how they perform against benchmarks and how their productivity compares to others.

Finally, shop around to find the best solutions providers. There’s a broad range in the quality of such providers, so look for one with a proven track record and flexible licensing, which holds down costs. A service provider who is able to provide a range of services that allow for faster and cheaper integration is often the most cost-effective route for financial institutions to consider.

Hoping the problem will go away, meanwhile, isn’t an option. As digital touch points for consumers multiply, so will the needs for comprehensive fraud protection. Meanwhile, criminals will keep attacking financial institutions, often in creatively new ways, because that’s where the money is.