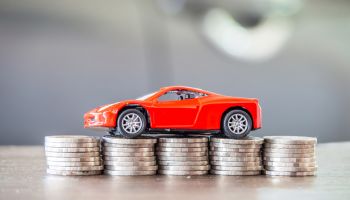 A recent report by Experian found that automotive loan delinquency rates are relatively low. However, the average interest rate for vehicles is now at 6%.  As Banking Exchange has reported, the question of whether borrowers are qualified for the loans is still unanswered, particularly if there is a sudden downturn in the market.

Experian’s Q4 2018 State of the Automotive Finance Market report seems to show evidence that the situation is not as precarious as it might seem, stating the following: The percentage of 30-day delinquent loans improved year-over-year with 30 day delinquencies dropping from 2.36% to 2.32% year over year.  The percentage of 60-day delinquencies saw only a minimal uptick over the same time period, increasing  to 0.78 percent from 0.76 percent the previous year.

The number of vehicles that received financing overall has grown to 85.1% compared with 81.4% in 2010. “While delinquencies can be an indicator of automotive finance market health, it’s important to examine these trends within the larger industry context,” said Melinda Zabritski, Experian’s senior director of automotive financial solutions. “With more car shoppers using automotive financing options, it’s natural to see an uptick in the volume of delinquent loans. Lenders need to factor in additional historical trends, such as the percentage of subprime loan originations and shifting payment options, to gain a more complete picture and make the right lending decisions.”

However, Experian’s analysis does not take into consideration the fact that the American economy remains strong and unemployment is extremely low.   For instance, the home mortgage industry receives more defaults when the economy shifts. The stability of the automotive loan industry will only be tested if the economy slows.  The report also shows that the average loan rose by $623 year over year for new cars, and interest rates rose by more than 1% to 6.13 percent. Even more disturbing, as used car sales tend to represent a lower overall demographic than new car sales, the average interest rate grew to 9.59 percent.  Also, the percentage of loan originations to super prime consumers grew 3.3 percent to 20.54 percent of the total originations.

Automotive loan default percentage may not tell the entire story for consumers, as in many cases an auto loan is not the consumer’s largest loan if the person owns a home or business.  High interest rates and payments on vehicles increases the overall monthly payments by the consumer, but the consumer may decide not to make a larger payment, for instance, on their home or an escalating credit card bill. The bigger question is does the automotive industry contribute to the overall issue of consumer debt growth and is that growth sustainable particularly if interest rates rise.