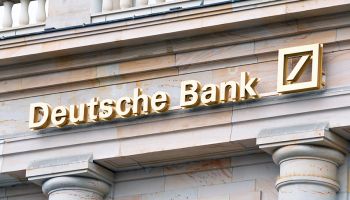 What lessons can be learned in the discussions around the possible merger of Deutsche Bank and Commerzbank, Germany’s number 1 and 2 largest banks respectively? Well, that’s a loaded question because the rationale for a merger of these two big German banks is not exactly clear. On the one hand, it can be argued that the embattled Deutsche needs a cathartic event to reset itself on the global stage after years of difficulties and missteps. On the other hand, it’s about a growth strategy.

The official release by Deutsche Bank was less than 100 words:

In light of arising opportunities, the management board of Deutsche Bank (XETRA: DBKGn.DE / NYSE: DB) has decided to review strategic options.

In doing so, the management board of Deutsche Bank is focused on improving the growth profile and profitability of the bank.

There is no certainty that any transaction will occur.

In this context we confirm that we are engaging in discussions with Commerzbank.

Ok, that’s pretty standard fare for a bank to be tight-lipped about merger talks; but if we are to take it at face value, this is about growth and profitability. Specifically, Deutsche Bank is seeing limited organic growth and diminishing profitability in the foreseeable future.

But is this a case of “bigger is better” without any benefit to the customer or secular value to the shareholders? If so, that’s just a very “1990’s”  approach, and there are plenty of examples to show that strategy may provide a short-term diversion from the drudgery of everyday life that Deutsche is enduring these days, but it’s not very clear that it will make a stronger, more resilient Deutsche. This is not 1969 and a combined Deutsche-Commerzbank will not have the foundational cushion to overcome a bad deal.

Why should this happen, other than for the sake of scale? It is unclear in the shrinking global growth economy how this merger results in a better unified entity. In a declining economy, it’s what usually happens. And for a short time it seems to work. But this is not RBS in the late 1960’s. Banks are seeing unprecedented encroachment on their core markets from non-bank and FinTech entrants. The expression “herding cats” comes to mind.

“It’s important to be the right size for what you are trying to do with your customer base”, said Katie Murray, CFO at RBS, speaking about the merger possibility. RBS understands the notion of “too big to fail”; it appears that Murray’s comments are with the benefit of hindsight yet eerily prescient. For a sputtering moment RBS was the world’s largest bank followed shortly thereafter by a UK Government bailout. But industry insiders applaud the idea that the unified entity will be yet another competitor on the international, mega-bank level. While that has some merit, it does seem to appear that it is simply delaying the inevitable. The merger would maybe put the unified entity into the top ten largest banks globally.

The critics are circling like crows hovering in anticipation of carrion. Some will also argue that the Commerzebank deal is exactly the kind of deal that got Deutsche into the position it is in today. When Deutsche entered the US market decades ago, it did so with a lot of bravado. The bank knew it had to be aggressive to compete and elbow its way into the US market and it quickly became known as a risk-taker. Risk adversity is a notion Deutsche has struggled with to this day.

On the other hand, EU officials are emerging in opposition from a structural perspective, noting that the European banking union was structured to avoid such dominant financial institutions. This has spread throughout the regulatory community and at first blush it certainly looks like a long, uphill climb.

The Commerzbank move does have the slight scent of desperation to it; after all what happens if it does not succeed? What happens to Deutsche if it fails to acquire/merge with Commerzbank? How would shareholders respond? There is a good chance that Deutsche has just painted itself into a must-win scenario…or stamped an expiration date on itself.

The takeaway is that banks are likely looking at a secular and perhaps cyclical declining growth period unlike any other.  The growth outlook is further exacerbated by the new digital entrants into the core businesses of financial institutions at every level. It may be time to look at “cross pollination” instead of this incestuous feeding frenzy. Banks acquiring other declining banks in a declining economy may be how it’s always been done. Banks looking for growth would be well-advised to tie their growth risk to Fin-Tech and financial artificial intelligence.

The merger of Deutsche Bank and Commerzbank is the right train on the wrong track; it has little chance of passing EU antitrust and European banking union approval and it puts Deutsche Bank in a must-win scenario. Some risk behaviors die hard.