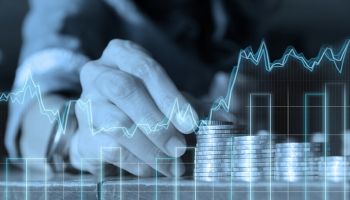 Banks will have an opportunity to hedge against loan risks without additional regulation requirements, thanks to a rules change this week on a close vote.  It was a major victory for midsize banks that worked hard on the change such as M&T Bank , because they won an exemption from margins and capital requirements, and can perform interest rate swaps with the intention of hedging risk loans.

While the vote fell along political lines with the democrats voting no, in their minds, to prevent banks from beginning another crisis, the positive effect is more for the midsize banks. Large banks exceed an annual threshold that automatically triggers a more stringent analysis of the hedging activity anyway so it will not really benefit  them. This is a positive sign when rule makers can distinguish between the activity of a large bank verses regional and community banks.

Often smaller banks can be punished by regulations that were actually put in place in the first place due to larger banks’ actions and, ironically, do not hurt the larger banks as much due to scale.

Democrat Dan Berkovitz disagreed stating, “This change violates the clear intent behind regulating swap dealers and carelessly introduces risk into the financial system.”  Federal agencies have rolled back a number of regulations that were enacted after the 2008 crisis, a shift that has come with a more conservative administration.

The issues are complicated, as some legislation is certainly necessary so that there is not another run on banks, but midsize banks also need to be able to compete or they risk being acquired by the large banks that the rules are often attempting to protect the markets against.

The victory is not the first for banks beneath the $100 billion in assets mark.   Last year, congress lowered Dodd Frank restrictions on banks below $100 billion.   The activity is notable because there are hopeful signs that congress is beginning to understand that smaller banks need certain breaks in order to operate in a competitive environment.  Banks are already facing pressure from compliance and fraud prevention costs that count for a disproportionate percentage of budgets for small and midsize banks.