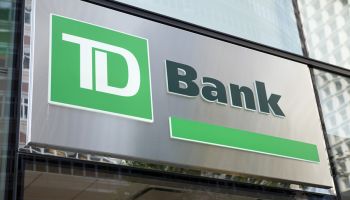 TD Bank has executed on a $23.4 million credit facility for a direct purchase of a tax exempt bond for The Governor’s Academy in Byfield, Massachusetts. The Massachusetts based boarding school is one of the oldest operating boarding schools in the United States. It was founded through a bequest by Governor Dummer in 1763 and boards students from 9th Grade through 12th Grade.

The funds will be used to refinance three series of existing debt, facilitate swap termination payments and to cover costs of issuance. The deal was completed by Jeffrey Bayard, Vice President of Not-for-Profit, Education and Government Finance at TD Bank. The refinancing is related to 1996 and 2006 bonds set to reduce the school’s annual debt service and sets a cap on interest rates. It is an example of TD Bank’s commitment to targeting regional needs while maintaining the cache of a national bank.

“TD Bank has worked with The Governor’s Academy for more than 10 years, allowing us to develop a deep understanding of their institution and finances and to provide trusted advice as they grow,” said Daniel Shimkus, Senior Vice President at TD Bank. “We are proud to work with renowned schools like The Governors Academy that offer high-caliber education to students from a variety of backgrounds and look forward to continuing to build our relationship.”

Over the past ten years, the Academy has increased on-campus housing, enhanced campus architecture through infrastructure updates and developed more sustainability programs.  The expansion has been funded primarily through alumni donors, but the administration also sought ways such as this to streamline debts. “The Academy was looking at ways to combine its debt instruments and level-stream its debt service payments, and TD Bank was very responsive to the needs of the Academy and quickly understood our objectives," said Christopher Wejchert, The Governor’s Academy Chief Financial Officer.

"This refinancing was complex, as it involved retiring three prior debt instruments and replacing two swaps," Wejchert added. "We are very pleased with the outcome.”