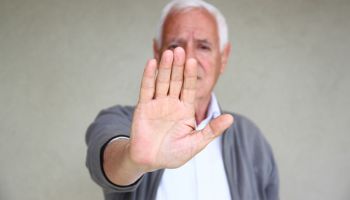 Every year, it is estimated elder adults are exploited for up to $36 billion. World Elder Abuse Awareness Day aims to bring worldwide awareness to this under-reported problem. It is an international United Nations observance day that is commemorated by most countries around the globe on June 15.

Elder abuse and elder financial exploitation (EFE) specifically is a growing concern in our families and communities as the baby boomer generation hits their senior years and is the most common form of reported elder abuse in the United States. The National Adult Protective Services Association defines EFE as when a person misuses or takes the assets of a vulnerable adult for his/her own personal benefit. This frequently occurs without the explicit knowledge or consent of a senior or disabled adult, depriving him/her of vital financial resources for their future needs.

According to the Consumer Financial Protection Bureau in their February 2019 publication Suspicious Activity Reports on Elder Financial Exploitation: Issues and Trends, SAR filings on EFE quadrupled from 2013 to 2017, totaling 63,500 in 2017 for a total of $1.7 billion reported by financial institutions. Nearly 80% of these victims experience a monetary loss averaging $34,200, with 7% over $100,000. Since this crime is known to be under-reported because the perpetrator is often a family member or close associate, it is assumed that the actual number is significantly higher, estimated by the National Adult Protective Services Association at a loss between $2.9 billion to $36 billion.

Financial institutions are in a unique position to detect possible financial exploitation early before the senior loses their life savings and/or livelihood.

What can banks and credit unions do to better prevent EFE and protect their elder customers/members? Here are five items to implement at an institution:

• Be proactive. Banks and credit unions can take a proactive approach in stopping this cruel and dehumanizing crime before it becomes life-changing for the victims. The key to identifying it early is by noticing a change in a person’s established financial patterns.

• Train the appropriate staff. Ensure the necessary staff, from the front line to the back office, is trained in the EFE red flags so they can spot potential abuse and stop it before it happens.

• Optimize your AML software. Anti-money laundering and fraud monitoring software should alert to changes in a customer’s financial behavior, such as sudden spikes in outgoing wire and/or cash activity.

• Connect with your local Adult Protective Services (APS) office. APS is a program provided by state and/or local governments serving older adults and adults with disabilities. Every state has its own APS system where institutions can, and should, report cases of EFE. In fact, financial institutions in 58% of states are required to some extent to report suspected cases of EFE.

• Know the warning signs. The American Bankers Association published a list of red flags to look for in cases of EFE:

Each financial institution has an obligation to monitor for EFE, and, as previously stated, many states have mandatory reporting requirements to APS in addition to SAR filing.

Together, we can all work together to better protect our elders and their livelihoods from financial exploitation.

Terri Luttrell, CAMS-Audit, is a senior manager of strategy and engagement at Abrigo.