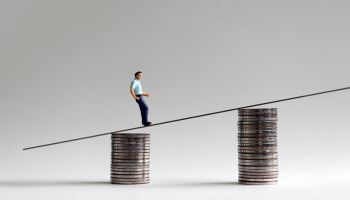 How does a large bank silence critics from the left, combating the usual charge of corporate greed? Citigroup answered by raising its minimum wage for Citigroup workers to $15 per hour, the same rate many politicians have been campaigning on to raise the national minimum wage to for all businesses.

Last month, Banking Exchange reported that JP Morgan raised the minimum wage for their employers all of the way to $18 per hour, yet received little praise from lawmakers.

Citigroup is the third largest bank by asset size, and had congresswoman Maxine Waters request the bank raise its hourly wage to $20 earlier this year. While Congress has been consistently critical of the difference in pay between banking executives and lower level employees, they often fail to compare the wages with other jobs at the same skill level in other industries. Congress lectured Michael Corbat, the head of Citi, that he made almost 500 times the amount of Citi’s average worker based on his total compensation package of $24 million.

Lawmakers in the United States traditionally focus on the largest banks when it comes to executive and median employee compensation disparities. Community banks have not been targeted in 2019 by Congress, either for large executive compensation packages or for low wages.