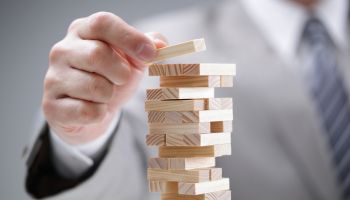 According to the Bank for International Settlement (BIS), global banks “have become more resilient in recent years, thanks to a build-up in capital buffers and a shift to more stable sources of funding. Weak profitability, however, has hindered further improvements.” According to the BIS, large banks are much less susceptible to a major shift in the markets and less prone to set of economic trouble since regulation kicked in eight years ago. Perhaps more importantly, according to the report, the economy also does not rely as much on these major institutions. The overall financial system has been more diversified across different financial institutions, including government backstops against a global financial crisis.

Do not expect regulators or political candidates to relent on their favorite punching bag, however. It has been 11 years since the last financial crisis, and big banks such as Wells Fargo are still under major scrutiny. The government has identified 29 “systemic banks” that have the greatest potential to hurt the financial system.

The top two banks on the list are based in the United States with JP Morgan Chase and Citigroup. Somewhat ironically, while the report seems to indicate that regulation is working, it mentions the weak profitability which some analysts would argue is in no small part due to the regulations.

The industry still has major risks. The risk on lending activities is still there with various banks linked together. The lending risks in particular can go beyond traditional banks as well, with online banking start ups capturing market share, and subprime loans still being a big part of the business in areas such as car loans and short-term small business loans with high interest rates.

Banking Exchange has republished part of the report below that show several standards in which the banks are required to adhere to including higher capital buffers, total loss absorbing capacity, resolvability, and higher super advisory expectations.