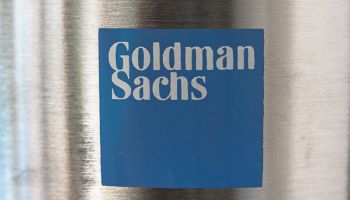 Goldman Sachs has hundreds of teams of workers that pitch potential startups through an internal program called GS Accelerate.

The initiative allows for Goldman Sachs to leverage employee innovation while increasing the likelihood of success of the startup as most startups ultimately fail when left on their own to develop. Private equity firms have traditionally had the model where they just need one winning company in ten to be successful in terms of an investment portfolio, and with Goldman Sachs taking the initiative in house they are looking to change the odds.

Additionally, it is no coincidence that the firm picked a cybersecurity automation idea as one of its final five winners of the contest. Benefits of innovation can positively impact the bank’s core business as well.

The program also has an added bonus beyond the potential for the company to own innovative startups. The program shows qualified potential employees that they are not just working for a market leader, but also a firm that provides opportunities for innovation.

Innovative minded executives can be drawn in because they know their ideas can be heard, and they still have potential upside to make startup like money if the business works, but with the security of working for Goldman Sachs.

No matter the size of a bank, the program shows that the banking industry is in the midst of change, and with change there is opportunity. While banks are under the gun due to more regulation, lower interest rates, and alternative banking competitors, there is an opportunity to leverage the strengths of a bank to bring in new employees that want the opportunity to effect change.

The idea of empowering a group of employees by motivating them to come up with new ideas to help a bank stay competitive with new business models should be considered no matter the size. Banks have resources that can be leveraged in such a way that can diversify revenue streams and remain competitive.