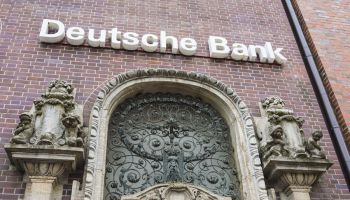 As if Deutsche Bank was not already in the headlines for other less than flattering reasons, the United States was able to fine an executive eleven years after the residential mortgage backed securities crisis of 2008. The former head of subprime lending and former Deutsche Bank managing director Paul Mangione will pay $500,000.

The charges are that he misled investors regarding the risks involved in the loans surrounding $1.42 billion in mortgage backed securities. Mangione, however, has still not admitted to any wrong doing surrounding the charges despite agreeing to the settlement. The papers have already been signed by Mangione and the United States Department of Justice.

The United States government has often been criticized for being relatively strong on handing out fines to financial institutions but relatively weak on criminal convictions or fines on individual employees involved in bad behavior. Even during the era of Elliott Spitzer, few individual Wall Street professionals paid heavy prices.

Mangione’s alleged misinformation was handed out between April of 2007 and June of 2007, more than twelve years ago. The government alleged that he knew that the risk of borrowers defaulting on the loans was much higher than his communication would dictate.

The home lending units at a number of banks had questionable practices at the time, as in Deutsche Bank’s case where more than half the loans that Mangione was involved in came through that department within the bank. Two years ago, Mangione was accused of other fraudulent activity during a similar time period that included wire fraud. He did not admit to these infractions either.

The question of Deutsche Bank’s solvency has been in the news for a number of years. The bank settled for more than $7 billion two years ago, about 40% of which involved similar issues surrounding mortgage backed securities.

In the case of the bank, it did in fact admit to misleading clients regarding the risks surrounding the investment. For individuals, it is more important to reach financial settlements without admitting guilt due to the potential of criminal charges that would inevitably follow.