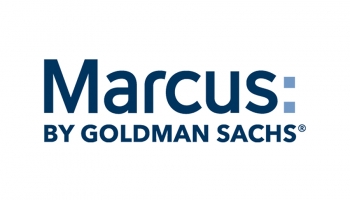 Goldman Sachs’ Online Bank, Marcus, recently launched a new mobile app that goes beyond just loan payments and balance transfers. Some critics feel they were late to the game which could have negatively influenced market share as Marcus faced criticism from smartphone users.

Goldman Sachs launched the bank under the name Marcus a little more than three years ago to diversify into the retail banking sector without diminishing the Goldman Sachs brand well known on Wall Street for investment banking. The bank offers savings accounts as well as personal loans that tend to be at higher interest rates comparatively to other types of traditional bank loan offerings.

Personal loans are growing exponentially thanks to online competition. Goldman Sachs is known primarily as an investment bank, and lacks any presence as a brick and mortar banking institution. The company admitted that customers had been requesting an app for the better part of 2019 and that they spent a great deal of time in development throughout the year. The bank explained that it wanted to make sure that it was a best in class app.

Even though Marcus is just a few years old, with Goldman Sachs behind it the online bank has catapulted to one of the major players in the online retail banking industry. The bank boasts over $50 billion in deposit business as well as $5 billion in loans, coming from personal loans that are in nature short term.

That said, compared with the rest of Goldman Sachs, $50 Billion in deposits is a very small percentage of its business. Consumer banking has a long way to go before it brings the type of volume for the company that investment banking does. Marcus, however, is showing a great deal more promise than its credit card business.

Credit cards may have been one leap too far, at least for now. As online banking has become mainstream, and the brand Marcus is beginning to be known beyond its link with Goldman Sachs, it will likely grow exponentially over the next couple of years and achieve more impressive profit margins.