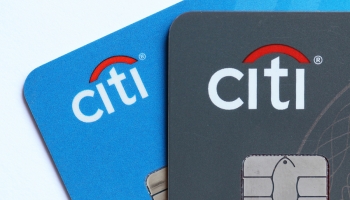 Citigroup beat Wall Street estimates, even as the forecasts were already seen as optimistic compared with its largest rivals. While the bank increased profit in other areas including trading revenue (also true for JP Morgan), the biggest surprise was that one of the nation’s largest banks unexpectedly outperformed on its credit card business boosting fourth quarter profit.

While other banks have struggled to catch up, Citigroup yields much of its retail banking revenue from its credit cards and enjoyed double digit gains year over year. As previously reported by banking exchange, the bank’s strategy has been to use its credit card business to increase deposits to credit card holders. Citi also exceeded the “return of tangible common equity (ROTCE) forecast of 12% for 2019, a key metrics for shareholders.

In addition to the credit card figures, Citi’s lending group grew by a reasonable 2% slightly less than its biggest rivals. Lending profit margins have not kept up with bank expectations. However, deposits for Citigroup increased by more than 6% which can be attributed to the synergy with its growing credit card business.

Overall, Citigroup outperformed its rivals Wells Fargo and JP Morgan this week. Despite interest rate cuts that eat into profit margins across the banking industry, Citigroup continued to win market share. Citi earned $1.90 per share instead of an expected $1.84 per share. Top line revenue also grew to more than 18 billion.

The take away from Citi’s fourth quarter success could be that increasing market share as well as marketing to existing customers can pay off. They seem to be extremely successful at “zoo hunting”, a derogatory term for selling to clients that already exist within the company. In this case, the practice for Citi is paying off.