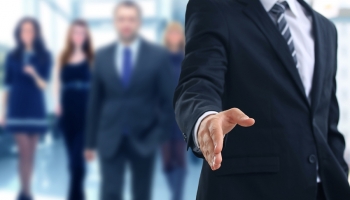 Muthukrishnan joins from Honeywell Aerospace where he was chief digital and information officer. He previously spent 10 years at American Express leading its digital transformation. He also holds more than 25 patents in the manufacturing, payments and digital technology space, according to Ally Financial.

Ally’s chief executive officer Jeffrey Brown said: “Sathish’s track record for delivering industry-leading digital solutions within the financial services sector as well as other industries makes him ideally suited for this highly important and critical role as we look to enhance our technology vision to further cement our leadership position in the sector.”

Comerica Bank – Jim Weber has been handed an expanded role as chief experience officer (CXO) at Comerica Bank, alongside his existing position as executive vice president and chief marketing officer.

In the newly created position, Weber will be responsible for establishing and overseeing a dedicated customer experience management practice at Comerica, while continuing to lead the bank’s marketing, communications, and customer data strategy activities.

Curt Farmer, chairman and CEO of Comerica Bank, said the new position was “an important next step in our evolution as an organization”.

In a statement, Comerica said Weber would lead the development of “robust customer insight and customer journey management programs” to provide support to the bank’s commercial, retail and wealth management businesses.

BBVA USA – Luis Ramirez has been appointed as corporate banking manager for BBVA in the Denver area, the latest hire to its growing Colorado commercial team. He was previously the bank’s Northern Colorado market president for over eight years.

BBVA said Ramirez would be tasked with helping area companies enhance their operations, managing a group of relationship managers, and continuing to grow the Colorado team.

BBVA USA Colorado CEO Andy Wykstra said the region’s economic growth was “fostering a boom in startups and other companies”, requiring financial companies to “adapt and innovate” to meet their needs.

Union Home Mortgage – The mortgage banking group has hired Eddie Scott to drive the company’s growth and expansion in Florida and Georgia.

Bill Cosgrove, president and CEO of Union Home Mortgage, said: “We see a lot of potential to grow across several markets in Florida and Georgia and the energy Eddie is bringing will help us do just that.”

Scott has more than 30 years of experience in mortgage origination and management, most recently managing the development of a realtor-builder relationship business for US Bank. He has also worked at Everbank, Wachovia, Washington Mutual and JP Morgan Chase.

Sequent Software – The digital banking payments specialist has hired Raaj Shah as chief financial officer. He joins from Matchpoint Investment Management Asia, which he founded in 2009.

At Sequent, Shah will be responsible for running the finance team and enabling the growth of the company as it pursues international expansion.

He has more than 20 years of experience in finance, operations and investment across a variety of industries, geographies and financial products.

He joined Citizens in 2017 as market executive and has more than two decades of experience advising and serving the banking needs of corporate clients throughout the region during a 23-year career at M&T Bank.

The company said Clarfeld would remain with the firm as executive chairman, focusing on “strategic initiatives, brand stewardship and client service”.

Suarez is currently co-chief operating officer (COO) and has been a member of the wealth manager’s executive committee for several years. Robert A. Varriano has become sole COO as part of the changes.

PenFed Credit Union – William Heyer has been promoted to senior vice president and deputy general counsel at PenFed, the US’s second-largest federal credit union. Heyer oversees the legal department’s attorneys and support staff and is responsible for legal affairs of the credit union.