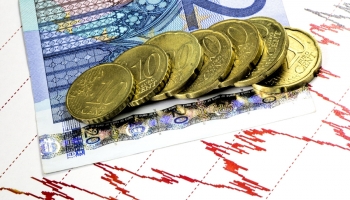 Europe’s banking sector is expected to be a “key piece of the puzzle” in the continent’s battle against the spread of the COVID-19 coronavirus, according to Scope Ratings.

The Berlin, Germany-based ratings agency said senior debt bail-ins such as those seen during the 2007-09 financial crisis were “extremely unlikely”, despite some banks having already issued profit warnings.

More profit warnings were expected in the months ahead, however, according to Scope’s deputy head of financial institutions Marco Troiano.

Several European countries, including Italy, Spain and France, are on full lockdown with citizens only allowed out of their homes in exceptional circumstances and non-essential stores and businesses closed. The UK enacted lockdown measures on Monday evening.

Policy reaction to the crisis has been “strong”, Troiano said, and “may get stronger over time as the extent of the economic damage becomes evident”.

The Bank of England has reintroduced quantitative easing and cut the UK’s base interest rate to 0.1%, its lowest level in history.

The European Central Bank has also added to its asset purchasing program and introduced measures in coordination with other central banks to increase liquidity in the US dollar swap market. The ECB has also opened a credit facility to allow banks to keep lending to struggling companies.

However, private sector banks may still struggle in the months ahead. Standard & Poor’s (S&P) research has found that some European banks were already showing signs of weaker capital positions at the end of 2019.

According to research by S&P’s Global Market Intelligence arm, banks including Italy’s Banca Monte dei Paschi di Siena, the UK’s Standard Chartered and France’s Société Générale had all seen their liquidity coverage ratios fall in Q4 of 2019. The ratio measures a bank’s ability to withstand cash outflows based on its stock of “high-quality liquid assets”.

S&P said banks were likely to experience more clients drawing on credit facilities as the lockdown measures start to bite on business such as airlines, travel groups and consumer goods companies.

Scope’s Troiano said private and public sector borrowers were expected to come under pressure due to elevated levels of debt. Temporary relief measures – such as mortgage payment holidays and loan repayment delays – might postpone the emergence of credit losses “but more marginal borrowers will struggle to recover from months of missed income”.

“This will eventually result in deteriorating loan quality for European banks, unless their most vulnerable clients are supported by government grants and social security measures,” Troiano said.

Troiano added that the impacts of various risks on banking operations would change as the crisis developed. Operational and cyber risk was more relevant in the early stages as banks adapted to remote working requirements, while asset risk was expected to manifest “over a longer timeframe, especially in view of forbearance measures”.

As markets recover, financially strong banks may enter into “opportunistic as well as strategic” merger and acquisition activity, Scope predicted.

“Battered bank equity prices offer banks with the strongest balance sheets an opportunity to pinpoint where they would like to increase market share,” Troiano said. “Regulators are also likely to see mergers as a way to facilitate weaker players out of the market.”