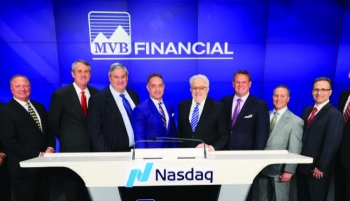 MVB Bank is buying the deposit book from the insolvent First State Bank, as well as other assets, through an agreement with the Federal Deposit Insurance Corporation (FDIC).

This comes after First State Bank was declared insolvent by the West Virginia Department of Financial Institutions, with the FDIC appointed as a receiver.

The insolvency was declared after officials from the FDIC declared the bank’s capital levels were too low to allow continued operations under federal and state law.

The bank, which had $152.4 million in assets, is the first bank to fail since the coronavirus pandemic spread throughout the US. However, according to US media reports, the bank had been struggling with solvency issues for some time.

As a result, MVB Bank has acquired the entire deposit book of First State Bank ($139.5 million as of December 2019) as well as several other assets.

In a press release, FDIC estimated that the cost of this deal to the Deposit Insurance Fund would be $46.8 million.

Over the weekend, First State clients were able to access their money by writing checks, accessing online banking or using an ATM or their debit card. Banking centres operated under normal business hours on Saturday, although in light of the ongoing coronavirus situation, all banking centre lobbies remain open for appointments only.

Mazza added: “MVB Bank’s strong financial position has enabled us to complete this strategic purchase. This acquisition aligns with MVB’s strategy for growth in our core commercial markets in West Virginia and Northern Virginia, which also powers our expanding fintech vertical.”

The deal is expected to bring geographical benefits for Investors Bank, it said in a statement, as well as scale, doubling its regional footprint throughout the north-eastern states.

John Tsunis, chairman and CEO of Gold Coast, said: "We appreciate the support of Investors Bancorp's balance sheet as well as its strong team of banking professionals in these perilous times. The merger will reinforce the efforts begun by Gold Coast Bank over a decade ago.

“Our customers will continue to be in safe hands with the many tools available with Investors Bancorp allowing for continued excellent service to all of our customers."

Investors Bank previously stated its intention to create a regional advisory board consisting of members of Gold Coast’s board of directors. Tsunis is expected to serve as chairman of this group.

The acquisition has boosted First Bancshare’s regional expansion plan, with further market share now added within the state of Georgia. In total, the company now has 86 locations across Georgia, Mississippi, Louisiana, Alabama and Florida.

Although the acquisition is subject to shareholder approval, Pacific Premier Bank has received the greenlight from the Federal Reserve and the California Department of Business Oversight.

The deal would see business-focused bank Pacific Premier Bank take on Opus, which is predominantly a commercial and retail banking outfit.

The deal is expected to complete at some point in the second quarter.

In recent years, Pacific Premier Bank has acquired several competing banks in the California area. Mostly recently, it bought Grandpoint Bank in 2018 for $641 million and Plaza Bancorp the year before for $226 million.