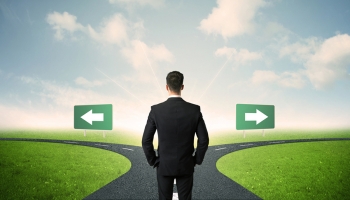 Joseph Otting is to step down from his position as Comptroller of the Currency at the end of this month, his office (OCC) announced last week.

First deputy and chief operating officer Brian Brooks will step up to become acting Comptroller of the Currency from this date, the OCC said.

“It has been my distinct honor to serve the United States and this administration as the 31st Comptroller of the Currency,” Otting said in a statement.

“I am extremely proud of what the women and men of the agency have accomplished to promote economic opportunity, eliminate unnecessary regulatory burden, and operate the agency in a more effective and efficient manner.”

Otting has held the position since November 2017. During this period, the OCC has overhauled capital and liquidity rules for US banks, as well as modernizing rules related to the Community Reinvestment Act.

The regulator has also pushed banks to provide “responsible short-term small-dollar credit” in an effort to combat the rise of “predatory” pay-day lenders.

During the COVID-19 pandemic, the OCC worked with other financial regulators to relax lending rules to help banks support US businesses through the crisis.

In addition, the OCC said that, under Otting’s leadership, it had moved to streamline its operations, increasing funds available for “recognition and training”, and “modernizing” its resources and technology. It also managed to cut its operating costs by $156 million, the regulator said.

Before joining the OCC, Otting was president and CEO of OneWest Bank, which merged with CIT Group in 2015. At OneWest he worked with Steve Mnuchin, now Treasury Secretary.

Brian Brooks joined the OCC last year from Coinbase, a digital currency exchange, where he was chief legal officer. He has also served on the board of mortgage group Fannie Mae since March 2019 and the board of Avant.

Brooks is a former general counsel and corporate secretary for Fannie Mae and has also worked at OneWest Bank as chief legal officer.

Otting said Brooks and the OCC’s executive committee were “extremely well suited to continue the agency's important work and succeed in its mission of ensuring banks operate in a safe, sound, and fair manner”.

Rob Nichols, president and CEO of the American Bankers Association (ABA), said: “ABA deeply appreciates Comptroller Joseph Otting's leadership at the OCC over the last two and a half years and his willingness to take on difficult issues.

“His previous experience as a banker gave him a unique understanding of how the industry can best serve its customers and communities, while also maintaining safety, soundness and consumer protections.”