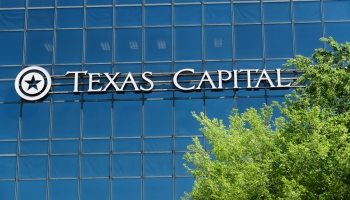 Texas Capital Bank and Independent Bank have abandoned plans for a merger, citing the impact of the COVID-19 pandemic.

In statements published yesterday, the two banks’ holding companies said the pandemic and its impact on the US economy had had a “significant impact… on the companies’ ability to fully realize the benefits they expected to achieve through the merger”.

The current economic environment was “vastly different” to compared to the environment in December 2019 when the merger was announced, Independent Bank Group’s statement said.

Larry Helm, chairman of Texas Capital Bancshares, said: “Due to the unprecedented impact of the COVID-19 pandemic, both companies’ boards of directors believe it is in the best interests of our employees, clients and all of our shareholders to focus on managing our business during this time.”

David Brooks, chairman and CEO of Independent Bank Group, added: “While both companies believed in the benefits of the proposed transaction when it was announced, we mutually concluded after careful consideration that, given the significant uncertainty caused by the COVID-19 pandemic and the resulting economic and market environment, it would not be prudent to continue to pursue the combination and integration of our companies at this time.”

Brooks said the decision would allow Independent Bank to focus on “ensuring the strength of our business, serving the interests of our customers and protecting the health and safety of our employees during these unprecedented times”.

The deal was supposed to have closed in August this year and would have pushed the combined entity into the top 50 US banks by assets, according to S&P Global Market Intelligence.

Last month, Pinnacle Bankshares – parent company of Virginia-based First National Bank – announced that its planned merger with Virginia Bank had been delayed due to the impact of the pandemic.

The two banks had dedicated significant resources to processing Paycheck Protection Program loan applications, Pinnacle said in a statement on April 8. However, both banks maintained that “the merits of the proposed merger remain intact and will survive the COVID-19 outbreak”.

In addition, Texas Capital Bank also announced yesterday that its president and CEO Keith Cargill had stepped down from his roles with immediate effect.

Cargill will remain at the company as vice chairman until the end of 2020, Texas Capital said, to “help support a smooth transition” to a new CEO.

Elysia Ragusa, chair of the bank’s governance and nominating committee, said the time was right for a leadership transition “as the company executes a strategy to achieve enhanced operational focus and profitable, long-term value creation”.