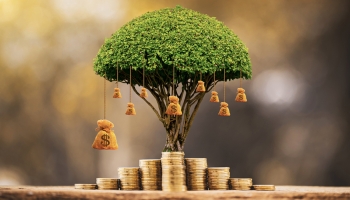 The role of community banking in the United States is enduring and remains an integral part of this country’s economy. Most recently, Covid-19 and the country’s economic response has provided smaller, relationship-driven banks the opportunity to showcase their strengths — especially their ability to quickly respond to customer needs.

The Paycheck Protection Program aside, more than 50 percent of all small business loans are underwritten by community banks. As such, the continued growth and expansion of the economy requires that community banks remain financially strong, with the ability to provide shareholder value and be well-positioned for continued growth.

Why, How and When Banks Grow

In this three-part series, we’ve outlined the trends and growth factors seen in the community banking industry — an industry rooted in the culture and needs of its local community. No two banks are the same. The path to growth combines an awareness of broader industry dynamics, with the ability to understand and improve the bank’s internal operations.

There is no crystal ball to exactly predict when a bank has grown beyond what it can achieve by remaining private and, thus, “should” go public. However, there are potential opportunities executives should evaluate — some of which will require public investors in order to be achieved.

Building on the banking industry’s momentum in 2019, profitability continues to rank among the greatest business challenges for community banks. How and when banks can reach that next level of growth has been a primary inflection point in guiding bank executives’ decisions whether to go public. Each bank reaches this optimal growth stage at different times for different reasons.

More recently, we’ve noticed that when a bank reaches a certain size, the option to go public becomes a critical consideration. We’ve seen this growth trajectory driven by three primary factors; growth through acquisition, changes in corporation status, and the ability to offer shareholder liquidity. We explore these three factors in further detail below.

When to Grow by Acquisition: The Billion Dollar Bank

Capturing market share via an acquisition is one of the fastest paths to growth — customers are acquired, geographic expansion is achieved, and revenues increase. The public banking industry approaches acquisitions a bit differently than most. Most banks don't have a target “size goal” simply for the sake of getting bigger. Instead, the focus on growth lies in continually improving and generating an average annual return for investors. Many banks that hold over $1B in assets are usually the ones looking to grow via acquisition.

We saw this when BankFirst Capital Corporation (OTCQX: BFCC) joined the OTCQX market in April 2019. Having a publicly-traded security to use as currency allowed BankFirst to successfully partner with like-minded, smaller community banks that served their existing markets and were already good at what they did — while completing a mutually beneficial acquisition via a cash and stock deal. At that time, BankFirst's President and Chief Executive Officer, Moak Griffin, said, "The acquisition of T&F will be another milestone in the implementation of our strategic plan to serve our customers and communities and increase shareholder value. In addition, we believe this merger furthers our vision of partnering with other community banks that have strong core deposit funding and a long tradition of superior community and customer service. We expect this merger to enhance our ability to continue investing in our products and services, ensuring that we remain competitive on all fronts as the banking industry continues to change and evolve."

When a Bank Converts its Corporation Status to Raise Capital: Case in Point, a $1 Billion Dollar Bank

The corporation status of an entity, whether it be an S-corporation or a C-corporation, can simply serve as a tax technicality or could also pave the path for the long-term growth of a community bank. Converting to a C-corporation offers a greater potential for raising capital, because the potential market for shares is larger. In contrast, an S-corporation only allows for a limited number of shareholders as it can only offer one class of stock. The ability to trade shares in a broader market and target different classes of stock to differentiated investor groups, makes the shares of a C-corporation much more attractive to investors.

We saw the importance of a corporation’s status when Morris State Bancshares (OTCQX: MBLU) joined OTCQX in November 2019. Coming off a successful acquisition, MBLU joined the market primarily to gain investor visibility and provide existing shareholders with liquidity options. The bank’s assets grew by 16% in the six months after they became public, due to asset growth from the acquisition and hiring a new team of bankers to build out a new branch, opening in June 2020. When announcing they’d gone public, Spence Mullis, President & CEO of Morris Bank noted, "As we grow as a community bank, being publicly-traded helps us increase investor visibility, improve liquidity, and build trust among our investors, customers, and communities. By converting our bank to a C-corporation, we were able to attract a more diverse group of investors, whereas when Morris State Bancshares was a S-corporation, our investor base couldn’t exceed 100 shareholders of record. Ultimately, at Morris State Bancshares, it's about taking advantage of strategic growth opportunities, maintaining our independence, and providing investors the shareholder value they’re looking for."

There comes a time in a bank’s evolution when shareholders are interested in selling their holdings. Providing an established public market for both existing and new shareholders creates value by providing better price discovery, efficient trading and transparency. It’s the primary reason community banks decide to go public. By having its stock quoted on OTCQX, a bank can provide more liquidity for its shareholders while increasing the bank’s visibility to attract new investors.

Lumbee Guaranty Bank (OTCQX: LUMB) joined OTCQX in December, 2019 for precisely this reason. Trading on OTCQX provided the bank’s new and existing shareholders with a public market for efficient trading and price transparency. Kyle R. Chavis, Chief Executive Officer of Lumbee Guaranty Bank stated,   “Joining OTCQX has accomplished our initial goal of moving the trading of our stock from our Corporate Secretary’s desk to an efficient and transparent platform. One example of this is the instant access to the bank’s historical and current financial statements that OTCQX provides. This enables both current and future investors to make sound investment decisions. We have been pleased with our transition to OTCQX.”

These are just three examples of the dozens of case studies that identify a growth threshold to trigger discussions around a community bank going public. As banks continue to grow and strategize the steps needed to remain fully independent, they are focused on achieving long-term, sustainable growth. The community banking sector continues to provide a lifeline for many small businesses at the heart of main street.

In the past few months, community banks extended themselves to further build and strengthen relationships with businesses in their communities. Collectively, these institutions share an unwavering commitment to their customers, and a thoughtful discipline that has led to a significant cost savings they can return to their shareholders.

Laura Hamilton is a Vice President at OTC Markets Group where she manages the Community Banking Group for the U.S. Laura has advised over 125 community banks that trade on OTCQX Banks on trading and liquidity in the U.S. Equity Markets. Connect with Laura via LinkedIn.