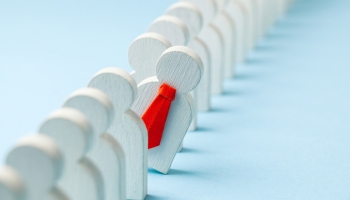 Diversified has provided back office services in support of Heritage’s HSB Funding division for the past three years, the bank said in a statement.

Specifically, the partnership has helped Heritage offer business clients a “factoring” service for invoices, allowing companies to get an advance on invoices while the bank’s team manages the collection of the payment.

Benson will lead the Factoring Division team as president. Marquez will be a portfolio manager, while Thomas becomes business development officer. Ross and Pettus are account representatives.

Heritage Southeast Bank offers banking services under the Heritage Bank and Providence Bank brands in 24 locations across Georgia and has approximately $1.3 billion in assets.

Elsewhere, New York community bank Ponce Bank has sold a former branch building in the Bronx and is in the process of buying a new premises in Flushing.

The sale has resulted in an estimated $4.4 million gain for Ponce Bank, it said in a statement, after expenses incurred. The identity of the buyer was not disclosed.

The new property is expected to be transformed into a full-service branch, subject to a feasibility study and regulatory approvals.

Carlos Naudon, president and CEO of Ponce Bank’s holding company PDL Community Bancorp, said the company believed the transactions were “another step in our continuing efforts in enhancing shareholder value with minimum disruption to our current retail operations in the community”.

The bank said in a statement that it intended to open a loan production office and – at a later stage – a full-service banking center – to develop a stronger presence in the Acadiana region of southern Louisiana.

As part of the expansion plan, Red River has hired Ben Smith as market president to lead the growth efforts.

The bank added several staff and premises in the south of the state last year, including opening a new center in Covington and purchasing a former MidSouth Bank branch in Sulphur.

Blake Chatelain, president and CEO of Red River Bank, said: “We are a bank made in Louisiana and made for Louisiana, and we are eager to serve Acadiana.

“We look forward to providing the high level of expertise in banking and personal customer service that Red River Bank is known for, and we are pleased to welcome Ben to the team.”