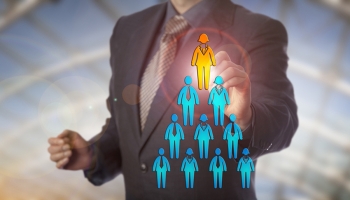 Citi – The banking giant last week named Jane Fraser as its new CEO, succeeding Michael Corbat, who is to retire.

Fraser is the first woman to hold the top job at Citi, and will take on the role from February 2021.

She is currently president of the company and CEO of global consumer banking, and has worked for Citi for 16 years.

“I have worked with Jane for many years and am proud to have her succeed me,” Corbat said. “With her leadership, experience and values, I know she will make an outstanding CEO.”

Fraser said she would lead investment into Citi’s “infrastructure, risk management and controls to ensure that we operate in a safe and sound manner and serve our clients and customers with excellence”.

“The way our team has come together during this pandemic shows what Citi is made of,” she added. “Our balance sheet is strong and our commitment to serving our clients and communities is even stronger.

“I will do everything I can to make all of our stakeholders proud of our firm as we continue to build a better bank and improve our returns… Citi is an incredible institution with a proud history and a bright future. I am excited to join with my colleagues in writing the next chapter.”

Before taking her current role, Fraser was CEO for Citi’s Latin American business from 2015 to 2019. She has also led the US consumer and commercial banking arm, CitiMortage, and Citi’s Private Bank, all as CEO.

Before joining Citi in 2004, Fraser was a partner at McKinsey, and has worked for Goldman Sachs and Asesores Bursatiles.

He has worked at HSBC for 10 years, most recently as managing director and market head for the central and western regions, as well as being one of the bank’s sustainability leaders. He has previously worked for Deutsche Bank’s US private wealth business and for Wells Fargo.

In February, HSBC Group announced the combination of its retail banking and wealth management division with its global private banking arm, creating the Wealth and Personal Banking business, responsible for $1.4 trillion in assets.

Bank 34 – Co-president and co-CEO Jill Gutierrez is to retire from Bank 34 at the end of this month.

James Crotty will take over as sole president and CEO upon Gutierrez’s departure. The pair have shared the role since July when Crotty joined from investment bank KBW.

Bank 34 said Gutierrez had agreed to remain involved as a consultant for three months “to assist the company with special projects and transitioning related responsibilities”.

Gutierrez has been in the banking industry since 1972 and joined Bank 34 since 2007.

Randall Rabon, chairman of Bank 34, said Gutierrez was “instrumental in leading the bank out of the Great Recession” as well as “strengthening the culture and credit standards we enjoy today”.

Mehlman joins from Regions Financial Corporation, where she spent 14 years in a variety of senior roles. She succeeds Vanessa Washington who will retire from the bank at the end of the month after 14 years.

Bank Midwest – The community bank servicing Kansas and Missouri has named Nicole Van Denabeele as its new president. She succeeds Whitney Bartelli, who has been president since 2015 and is leaving “to pursue another opportunity”, according to a statement.

“She has made a number of meaningful contributions to our business and has demonstrated exceptional leadership throughout her tenure,” he said.

He was previously interim CMO for Mastercard in Latin America and the Caribbean, where he developed and launched “numerous market-leading strategic campaigns”, Amerant said.

He has also worked at PayPal where he was head of global brand strategy and marketing.

Amerant CEO Millar Wilson said Collard’s experience would be “instrumental to the implementation of our strategic plan”.

Horton was previously president and director of California United Bank and 1st Enterprise Bank, which he co-founded in 2006. He also spent 18 years at 1st Business Bank, where he worked with several of American Business Bank’s senior officers.

He has worked for Flagstar since 2013 as executive vice president and chief operating officer, responsible for several key business units at the $26.8 billion bank.

In his new role, Smith will be responsible for the direction and oversight of all aspects of the mortgage business, Flagstar said, including its strategic growth.

The COO role is being eliminated, the bank said.

She was previously a senior vice president in treasury management for a “large national bank”, her new employer said in a statement.

She will lead the organization that “acquires and manages the relationships with the millions of merchants that accept American Express across the US”, the company said.

Taylor joins from Wells Fargo where she was executive vice president of merchant services. She previously worked as EVP for new payments at Mastercard and has also worked at Capital One, Wachovia Bank and JPMorgan Chase.