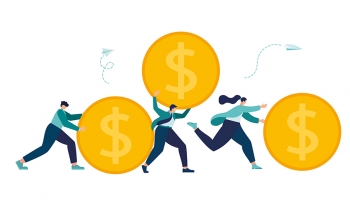 Seven US challenger banks recorded 39.3% cumulative growth in users between 2019 and 2020, according to data gathered by Trading Platforms.

The data, sourced from CBInsights, company filings and press releases by Trading Platforms, showed that challenger bank Chime had the highest number of users overall, at 10 million by the end of the third quarter of last year. This marked a 25% increase on the 8 million users it reported in 2019.

It was followed by Acorns, which saw 29% year-on-year growth to 8 million users, compared to 6.2 million the prior year.

The Covid-19 pandemic has led to a huge increase in the use of online and mobile banking services. However, traditional banks also grew their online presence during the last two years.

The other challenger banks included in the data were Dave, Money Lion, Varo and Stash.

Varo, which launched in 2015 and became the first consumer-focused fintech to become a national bank last year, was the only other challenger bank to record user growth of 100% between 2019 and 2020, to 2 million users.

The Office for the Comptroller of the Currency (OCC) approved the official charter for Varo Bank in June, with the new bank opening for business on August 1.

It was one of several US challenger banks to enter the traditional banking sector in 2020, with San Francisco-based fintech SoFi granted preliminary approval for a US bank charter by the OCC in September, having launched as a student loan company in 2011.

In another first, August saw fintech startup Jiko receive approval from the OCC and the Federal Reserve Bank of San Francisco to acquire Mid-Central National Bank, with the deal completing on September 3.