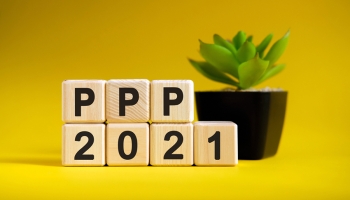 Two more lenders have confirmed their participation in the second round of the Paycheck Protection Program, giving hope to more US minority-owned and small businesses.

Following criticism that the first round of the program was administered disproportionality, neglecting minority-owned and small businesses, Congress extended the program, earmarking these companies as a priority for support.

Houston-based Unity National Bank – one of only two African American owned banking institutions with a national bank charter – is expanding its reach through a new partnership with Cross River Bank, while American Lending Center (ALC) will also be distributing funds.

During the initial round of the Paycheck Protection Program, Unity served nearly 500 small businesses. The lender aims to reach even more small businesses this time around, including minority-owned businesses through its partnership with the New-Jersey based Cross River Bank.

ALC is collaborating with multi-lingual Certified Public Accountants (CPA’s) and financial advisors to expand the accessibility and availability of vital state funding for some of the most vulnerable American businesses.

John Shen, chief operating officer of ALC, applauded Congress’s awareness of the need to focus on small business relief in the latest round of stimulus. He hopes that the company’s latest announcement will serve even more minority-owned businesses for whom loans previously seemed unattainable.

“We are thrilled to be partnering with financial institutions and networking with other professional entities able to support all Americans and further stimulate local main street economies,” he added.

The second round of PPP loans is also aimed at improving access to small businesses on the lower end of the annual revenue. Many businesses with less than 20 employees felt they were squeezed out early by larger businesses as being a priority, particularly to the nation’s largest banks.