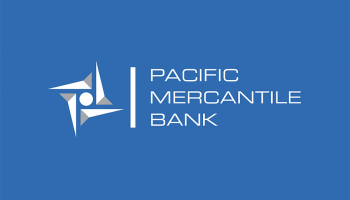 Pacific Mercantile is to merge into Banc of California in a transaction valued at $235 million.

The banks announced the agreement this week, which will create a $9.5 billion group by assets.

Jared Wolff, president and chief executive officer of Banc of California, said: “Pacific Mercantile is a strong strategic fit for Banc of California. Their size, business focus, and deposit profile perfectly align with our existing operations, and will accelerate our growth and operating scale in key markets.

“Our similar market footprint, corporate cultures, and commitment to helping our clients succeed should lead to a smooth and successful transaction and integration.”

Pacific Mercantile CEO Brad Dinsmore added that Banc of California “has become an attractive choice for small- and miffle-market operating companies”, which would benefit from expanded and improved services post-merger.

The transaction is expected to close in the third quarter of 2021 and is subject to regulatory and shareholder approvals.

Elsewhere, Nevada-based Plumas Bancorp is to acquire Feather River Bancorp in a stock and cash transaction valued at approximately $21 million.

The combined entity would have approximately $1.3 billion in assets, $1.1 billion in deposits, and operate 14 branches throughout Northeastern California and Western Nevada, according to a statement from Plumas.

Feather River is the parent company of Bank of Feather River, which operates one branch in Yuba City, California. It has approximately $182 million in assets as of December 31, 2020.

Once the merger is complete, Feather River shareholders will hold approximately 10% of Plumas’ outstanding common stock. The deal is subject to shareholder and regulatory approval, and is scheduled to be completed in the third quarter of 2021.