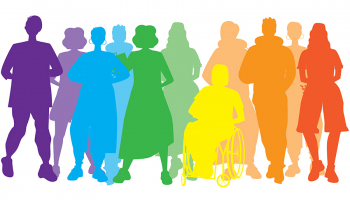 Investment consultant NEPC has issued a rallying cry to the financial services sector to improve its performance on diversity, equality and inclusion (DEI) issues.

The company said more progress was required to increase ethnic and racial diversity among its own leadership in its first annual Diversity, Equity and Inclusion Progress Report.

The 42-page document is part of a commitment made by the firm in 2019 to measure quantitative and qualitative progress toward publicly-stated DEI goals.

Chenae Edwards, partner and co-chair of NEPC’s DEI Network, said: “The lack of diversity and equitable practices in the finance industry is the result of decades of persistent actions - or lack thereof - by leaders, board members and companies.

“The moment requires similarly persistent actions from all stakeholders to reset our industry’s foundation to reflect the rich diversity of the global marketplace.”

NEPC said it hoped that the release of its report – which assessed its leadership, workforce and HR practices – would encourage other companies in the investment industry to embrace transparency in this area.

At the ownership level, DEI increased, with partners that are diverse by gender, race or ethnicity owning a 30% interest in the firm in aggregate.

It also revealed that when looking at gender, ethnicity and race, 58% of NEPC’s new hires in 2020 were “diverse”.

“We hold ourselves accountable to specific goals for diversity, equity and inclusion in the same way we manage our progress toward any other important strategic objective.

“Progress does not always occur in a straight line, so quantitative data may differ from year to year.”

But, he added, NEPC would “always be transparent” in reporting on whether it is “making meaningful improvement” over time.

The report showed that there was upward mobility among female employees and leaders at NEPC last year, with gender diversity at the partner and principal level, where 30% identify as female, is nearing the same rate as within the firm’s total employee population, where 36% are female-identifying employees.

NEPC said it achieved a 72% increase in the number of research interactions with diverse-owned and diverse-led firms in 2020 and recorded a 45% rise in the representation of these diverse firms on its “focused placement” list.