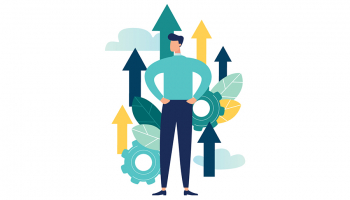 In its 20th Sustainability Report the company set out “ambitious” climate and environmental targets specifically for companies with carbon-based businesses that operate within investment and property and casualty insurance.

Coal-based business models within Allianz’s investment and property and casualty insurance businesses will be phased out by 2040, the company said.

From January 1, 2023, companies that plan new coal mines or generate more than 25% of their revenue from coal mining or more than 10 million tons of coal will no longer receive property and casualty insurance services or financing from Allianz’s investment businesses Allianz Global Investors and PIMCO.

Allianz Group said this would also apply to energy companies and service providers that generate more than 25 percent revenue from coal.

“We want to protect our customers from the increasing risk of climate change and at the same time set the course for a sustainable economy today,” said Line Hestvik, head of sustainability at Allianz Group. “If companies do not develop a resilient climate strategy in the foreseeable future despite the regulatory and scientific framework, we will also withdraw as a last resort.”

The company’s prioritization of sustainability aims to bring it in line with the goals of the 2015 Paris Climate Agreement, building on the progress it has already made in supporting a low-carbon economy.

Allianz Global Investors and PIMCO both expanded their ESG approaches and invested over €231 billion in sustainable projects and companies.

In the wake of Joe Biden’s victory in the 2020 Presidential Election, several investment experts have predicted an acceleration of the move away from coal and other fossil fuels and towards renewable energy sources.

New products from BlackRock, Nuveen, EnCap and others...