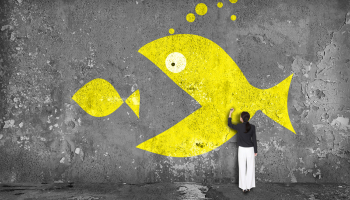 Simmons, headquartered in Arkansas, has agreed to buy Landmark Community Bank in Collierville for approximately $146 million, and Triumph Bancshares in Memphis for $131 million, in two separate transactions.

The deals will add nearly $2 billion in assets to Simmons’ balance sheet, along with a loan book worth approximately $1.5 billion and combined deposits of $1.6 billion. Simmons currently has $23.3 billion in assets.

Upon completion, the pair of purchases will make Simmons the ninth largest bank in Tennessee by deposit market share, the bank said in a statement published this week.

“The opportunity to combine forces with these two institutions also highly complements our existing footprint in Tennessee and enhances our scale in two of our key growth markets – Memphis and Nashville.”

Elsewhere, Illinois-headquartered HBT Financial – which owns Heartland Bank – is to enter Iowa for the first time with the acquisition of NXT Bancorporation and its subsidiary NXT Bank.

Purchasing NXT Bank will bring Heartland Bank’s total assets to $4.1 billion based on data from March 31, 2021, as well as deposits of $3.5 billion and loan book worth $2.5 billion.

The deal is valued at approximately $42.8 million, according to an announcement from HBT Financial. It marks the first time HBT has expanded its footprint outside of its home state.

Fred Drake, chairman and CEO of HBT Financial, said: “NXT is located in very nice communities in Eastern Iowa, and we are excited about serving the area.”

All three transactions are subject to regulatory and shareholder approval and are expected to close by the end of the year.