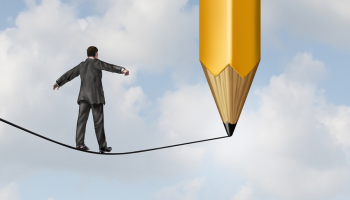 US banks should be given more time to adapt to planned new climate change reporting requirements, according to the American Bankers Association (ABA).

The trade body called for the Securities and Exchange Commission (SEC) to provide a “wide safe harbor” for its members, particularly community banks, when bringing in new rules.

The association’s comments came in response to an SEC consultation on how banks should disclose the impact of climate change on their financial portfolios and balance sheets.

In a statement, the ABA said: “It may take many years to build an infrastructure — a widely-used and generally accepted system to identify, collect and analyze relevant and reliable data used in key decision-making — that reasonably integrates climate risk analysis into reasonable estimates of financial risk and enterprise value.”

The association noted that a climate disclosure framework should be flexible enough to consider the different needs of investors, as well as reporting entities of different sizes.

While banks’ climate risk reporting systems may not yet be able to meet the SECs requirements, the ABA acknowledged that its members should still disclose processes and data as much as possible — with the SEC taking a lenient approach in the early stages of development.

“SEC registrants should be provided a safe harbor for their disclosures of climate risks and climate-related financial data that limits their liability for unintentionally misleading statements, amounts or estimates,” the ABA said in its response to the SEC’s consultation.

“Similar safe harbors related to forward-looking statements currently exist within the Commission's reporting framework for financial filings. However, without such an explicit safe harbor, even if the Commission requires further specific disclosures, such disclosure could be limited for the foreseeable future to boilerplate language, which neither investors nor the Commission intends.”

The ABA also suggested that firms could opt out of providing specific disclosure metrics if they could provide a reasonable explanation for why they are unable to obtain the necessary information without undue burden or expense.

A longer transition period may be needed for smaller entities, such as community and regional banks, to allow for permanent reporting systems to be developed, the ABA said.

The firm also encouraged engagement with international climate disclosure standard-setting bodies, as well as coordination with banking and other regulating agencies.