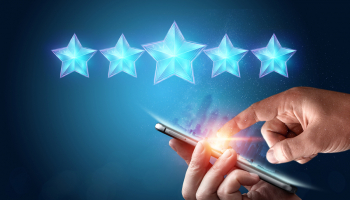 The US’s largest banks have pulled ahead of regional rivals when it comes to mobile app satisfaction, according to new research from JD Power.

The consumer survey specialist has released a series of studies on bank and credit mobile app and online users, measuring overall satisfaction with banking and credit card digital channels. The research is based on responses from 17,011 retail bank and credit customers.

Bank of America ranked the highest in banking mobile app satisfaction among national banks, with a score of 871, while Chase (870) ranked second, and Capital One (864) ranked third.

Retail bank customers increased their use of mobile apps in the past year, the study found, with a record 67% using their bank’s mobile app. A record 41% of bank customers were classified as digital-only.

The satisfaction ratings are based on four factors including navigation, speed, visual appeal, and information/content.

“This is driving increased engagement and significantly higher levels of satisfaction as the world shifts to digital. That is a challenge for regional banks that have traditionally taken a simpler design approach and are now starting to see customer satisfaction scores fall as many customers required more sophisticated digital offerings in 2020 than in previous years.”

Across the board, banks and credit card issuers have invested significantly in mobile apps, attracting a faster-growing and more tech-savvy base of customers. Fintech challenger banks have experienced continued growth: data by Trading Platforms found that US challenger banks saw a 40% user growth to 39 million in 2020.

The shift towards online banking has only been accelerated by COVID-19 as banks reduced branch access to prevent transmission, which has in turn led to a rise in digital payment apps.

Several US banks have announced partnerships with financial technology companies with a keen focus on digitizing the customer onboarding experience.