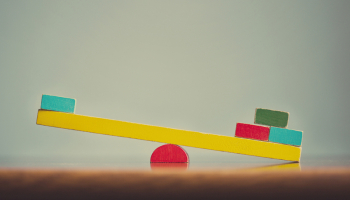 Californian-based think tank the Milken Institute has set out 14 strategies for large organizations to assist with partnerships to better serve underbanked communities.

The report – titled ‘14 strategies for partnering with mission-focused banks’ – identified ways in which to partner specifically with minority depository institutions (MDIs) and community development financial institutions (CDFIs) to impact communities underserved by the banking sector.

In the past few months a number of new partnerships have been set up between financial institutions and technology companies to help bridge the racial wealth gap across the US.

Past Milken Institute research found mission-focused banks like MDIs and CDFIs have a strong track record of helping underserved communities, as well as a significant presence in those communities.

“MDIs and CDFIs are trusted by local communities, and if their capacity is strengthened, then these lenders can be powerful tools to jumpstart equitable access to capital,” said Aron Betru, managing director of the Milken Institute’s Center for Financial Markets.

“Support, partner, and leverage MDIs and CDFIs when reaching out to these communities. This will yield more focused actions and greater impact.”

The Milken report is focused on three levels of stakeholder engagement, including repairing balance sheet capacity needs via capital injections, restoring access to capital across the US, and changing the roles of MDIs and CDFIs within non-traditional banking ecosystems.

The report was funded by JPMorgan Chase as part of its $30 billion commitment to advance racial equity and break down barriers to economic parity.

Of the 14 strategies, the sixth relates directly to the further development of fintech, which the report said can take advantage of the growth opportunities within underserved markets as technology continues to challenge traditional banking models.