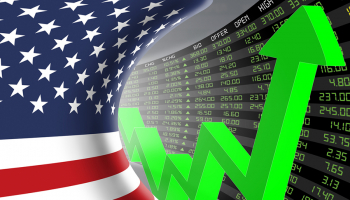 Banks led the charge last week in lifting the Standard and Poors 500 index to a record high. Optimism increased even more than previous weeks due to weak inflation data that made analysts feel it was less likely the Federal Reserve would want to act anytime soon. Housing prices increased once again, giving consumers even more reason for optimism.

Even bitcoin and other cryptocurrencies started to inch up again, which made some investors wonder if digital currency may wind up being correlated to markets after all.

Digital currency is now a consistent topic on CNBC, signaling even more evidence that it is here to stay. But easing inflation concerns was the major catalyst for the market rally last week even while the United States is recovering from the pandemic.

However, while the stock market indexes hit new highs, Goldman Sachs warned against a potential pull back that could impact bank valuations and the overall equity markets. The reasoning came from options data. A Goldman Sachs strategist stated, "High skew reflects investors’ perception that high volatility would return should markets sell off.”

In other words, if bears start to win the day, the market could face volatility and a major sell off. As reported last week by Banking Exchange, Goldman Sachs does not seem to be stating it is inevitable, as the language is light and points more so to the possibility that if there is a market correction, it would be across the board and thus effect every major investment category.

The expectation is for the market to be more susceptible to economic data and earnings reports than in the first six months of 2021. Day traders may be the big winners in the second half. Reuters pointed to the Cboe Volatility Index in considering the potential for volatility as it finished down 2.2 points last week, the lowest in more than a year.

Nonetheless, while predictions of market volatility are becoming more commonplace, analysts are still optimistic on the overall economy.