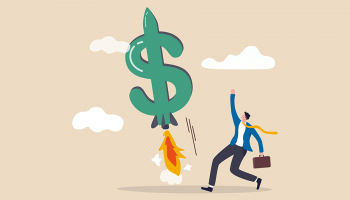 Wells Fargo, Bank of America, US Bancorp, and JPMorgan Chase have all increased quarterly dividends following the Federal Reserve Board’s confirmation that the largest banks could survive a severe recession.

The Fed’s stress tests – which evaluate the resilience of large banks by estimating their losses, revenue, and capital levels – found all 23 institutions remained “well above” minimum required capital levels during a hypothetical economic downturn.

Under the scenario, the 23 large banks would collectively lose more than $470 billion, with nearly $160 billion losses from commercial real estate and corporate loans. Despite this, the central bank said the banks would remain resilient, with capital above the minimum required levels.

All the large banks are subject to the Fed’s stress capital buffer framework, which sets capital requirements via the stress tests.

Wells Fargo expects its stress capital to be 3.1%, which represents the amount of incremental capital the company must hold above its minimum capital requirements.

Following the successful stress test result, the firm announced plans to repurchase $18 billion worth of stock in the third quarter.

“The expected increase in our dividend is a priority, and our plan contemplates it will continue to increase as we grow earnings capacity, subject to future stress test results,” said Wells Fargo CEO Charlie Scharf.

Meanwhile, Bank of America will be subject to a preliminary 2.5% stress capital buffer and plans to increase its quarterly dividend by 17% to $0.21 per share.

In April, the bank announced a $25 billion stock buyback plan.

Based on its 2021 stress test results, US Bancorp will be subject to a stress capital buffer requirement of 2.5%.

President and CEO of US Bancorp Andy Cecere said: “The results of this year’s stress test are a testament to our strong financial profile and well-established financial discipline which allowed us to maintain strong capital and liquidity positions throughout the recent adverse economic conditions.”

Bank stress tests were introduced after the 2008 financial crisis to address undercapitalization concerns.