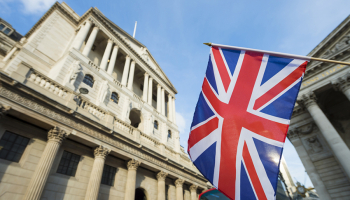 The UK’s central bank has removed restrictions on bank dividend payments and share buybacks, just three weeks after the Fed made a similar decision.

UK banks were deemed to be resilient enough to support households and businesses through the economic recovery, according to an announcement from the Bank of England (BoE).

The BoE said banks were well capitalized and resilient to outcomes for the economy that are much more severe than its central forecast.

As a result, “extraordinary guardrails on shareholder distributions are no longer necessary”, it said.

However, the BoE’s Financial Policy Committee cautioned that, despite the success of the UK’s vaccination program boosting the economy, households and businesses would still need access to bank loans as government coronavirus support measures are reduced.

The Bank of England’s decision follows the US Federal Reserve stress results in June which prompted large US banks to raise their dividends. Both central banks had imposed restrictions or bans on payouts to shareholders in an effort to ensure banks remained well capitalized through the economic stresses of the Covid-19 pandemic.

Wells, Fargo, Bank of America, US Bancorp, and JP Morgan were among 23 institutions that remained well above the minimum capital levels required during a hypothetical economic downturn – a part of the Fed’s stress tests.

“Over the past year, the Federal Reserve has run three stress tests with several different hypothetical recessions and all have confirmed that the banking system is strongly positioned to support the ongoing recovery,” said Randal Quarles, the Federal Reserve’s vice chair for supervision, following the results of last month’s tests.

Meanwhile, in Europe, the European Central Bank (ECB) is still considering lifting its own restrictions on dividends and buybacks. In an interview with Bloomberg this week, Margarita Delgado – a member of the ECB’s supervisory board – said it wanted banks to remain cautious and could introduce an “average distribution policy” to curb excessive dividends.