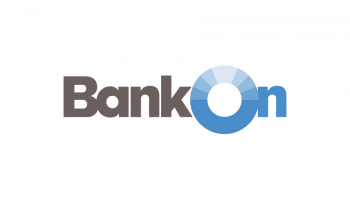 More than 100 bank and credit union account products now meet Bank On national account standards, according to the organization that founded the initiative.

Nearly 36 million people previously outside of the mainstream financial system can receive child tax credit and emergency payments because of the introduction of low-cost and no-cost banking products, according to the Cities for Financial Empowerment (CFE) Fund.

The fund said this week that there are now 108 accounts that meet Bank On’s accessibility and affordability standards. Certified account features include no overdraft fees, low costs, and online bill payment facilities.

“As the White House pushes out the Child Tax Credit and other large-scale federal payments to millions of families across the country, a safe and affordable banking account is critical for receiving and using these funds faster and without fees,” said Jonathan Mintz president, and CEO of the Cities for Financial Empowerment Fund.

Bank On accounts’ share of new customers grew from 0.8 million in 2018 to nearly 2 million in 2019, according to the American Bankers Association (ABA).

ABA president and CEO Rob Nichols said: “Last October, in partnership with the CFE Fund, I urged every bank in the country to offer a Bank On certified account to help demonstrate our industry's strong commitment to financial inclusion. Since then, the number of banks offering Bank On certified accounts has doubled to more than 80, with a growing list of banks lined up for certifications in the future.

“I am confident that number will continue to rise as banks of all sizes see the success of these accounts in reaching the unbanked and putting them on a solid path to economic opportunities.”

The landmark for the Bank On initiative comes as the banking sector is making a concerted effort to address the US’s substantial unbanked and underbanked populations.

The Bank On initiative has been flagged as a key solution to address better serve these communities. The ABA has called for a renewed effort to address the shortfall, which amounts to approximately 7 million families.

Data from the FDIC indicated that African American households, and Hispanic households were more likely to be unbanked at 14% and 12%, respectfully, compared to white households at 3%.

According to the CFE Fund, nearly 60% of new Bank On certified accounts were opened by customers in areas with over 50% minority population.