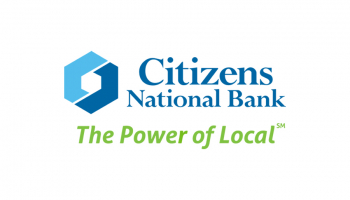 Citizens Financial Group has continued its M&A spree with the purchase of Investors Bancorp, in a deal that shows that the drivers of industry consolidation remain in place, according to Moody’s.

However, the ratings agency warned that US President Joe Biden’s recent executive order on mergers and acquisitions could risk “stifling” some corporate activity.

The executive order – designed to promote competition in the US economy – could have a negative effect on US bank mergers, according to Moody’s, although it added that the way in which the order would be implemented by federal banking regulators remained “unclear”.

The latest Citizens deal was announced on July 28, and adds $27 billion to its asset base, as well as $20 billion of deposits. The Investors Bancorp acquisition was valued at approximately $3.5 billion.

It comes after Citizens Bank picked up some branches of HSBC Bank USA in late May following HSBC Banking Group’s decision to exit the US retail banking market.

According to a Moody’s note, Citizens’ acquisition of New Jersey-based Investors Bancorp “fills a geographic hole” in Citizens’ East Coast banking franchise, which had lacked a New York metro presence up until its deal to buy 80 branches from HSBC.

Moody’s said that the “immediate integration risk” from the concurrent transactions “in a market where the bank is just building its presence” was credit negative, but the deals were complementary and the risk would recede as the acquisitions are absorbed.

“Had Citizens only acquired Investors, which has more loans than deposits, it would not have gained as much flexibility to reduce its higher-cost deposit categories,” Moody’s said. “Similarly, the HSBC branches alone would not have given Citizens a significant presence in the New York metro area.”

Moody’s also said the deal demonstrated that the “drivers propelling most of the industry’s consolidation” remained in place, including constrained profitability from low interest rates. This made achieving revenue growth for banks like Investors – which generates just 10% of its total revenue from non-interest income – “daunting”. Such banks were “more likely to seek a buyer”, Moody’s said.

The ratings agency also identified that changing business and technology “dynamics” incentivized more deals, offering acquirers the opportunity to consolidate franchises and reduce expenses on a net basis, with any savings reinvested in the required technology advancements.