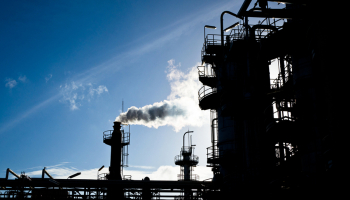 Oil and gas companies that can demonstrate a clear focus on addressing environmental, social and governance (ESG) concerns will find it easier to attract capital from investors in future, according to a new report.

The oil and gas sector has been a focus of activist and impact investor attention in recent years, culminating this year in significant victories for climate activists in June.

Large oil and gas companies are starting to take action on ESG issues after years of investor pressure. In March of this year, oil giant ExxonMobil pledged a $3 billion investment in carbon capture and storage projects over the next five years.

The EY report also assessed the ESG disclosures of oil and gas companies, and found that more than three quarters (76%) of those studied were publishing a sustainability or ESG report – but only 16% were including third-party assurance.

EY found ESG considerations were rising in importance, but their overall effect on reserves and production is yet to be seen.

EY also reported that integrated oil and gas companies were more inclined to invest the surplus cash in decarbonisation and alternative energy, while independent companies would be more likely to return it to shareholders or reinvest in the core business.

While the oil and gas sector was recovering from the pandemic, EY said it remained to be seen how companies would invest conduct business in the future.

This was in the hands of investors and the companies’ own choices, EY said.